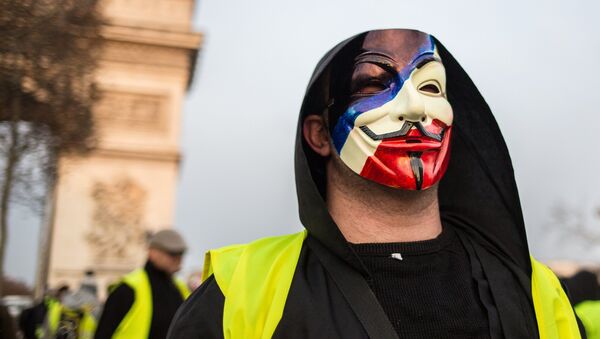 © Sputnik / Irina Kalashnikova
/
Go to the photo bank
Subscribe
The author of Platform and Atomised commonly focuses on themes including popular discontent with postmodernism, the disintegration of traditional value systems, the encroachment of Islam in Europe, and the demise of Western culture.

French writer Michel Houellebecq, a sex-obsessed eurosceptic who is sometimes called the "enfant terrible of French literature", is releasing his latest novel Serotonin on Friday. It depicts a riot similar to the recent Yellow Vests movement that has been shaking France since November, according to France 24.

The protagonist is an agricultural engineer who returns to his native Normandy, where he finds that the local public is fed up with globalisation and European policies aimed at agriculture; thus, they are ready to start a revolt, according to The Telegraph.

Serotonin is Houellebecq's seventh book; like his earlier works of fiction, the novel describes the decay of the West. While his writing is unapologetic and controversial, it has won him widespread acclaim: on the first of the year he was awarded the Legion of Honour, France’s highest civilian distinction. 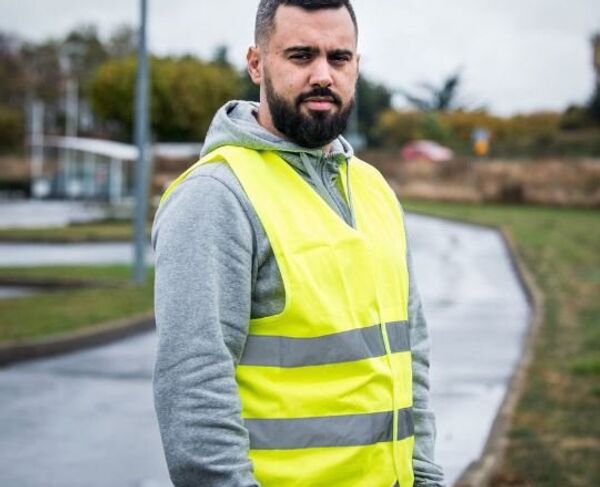 French Police Arrest One of Key Yellow Vests' Leaders in Central Paris - Reports
The English version of the book will be available in September.

The release of the novel is timely; it arrives shortly after the Yellow Vest riots of late 2018. These began in mid-November when French drivers, hit by new fuel taxes, took to the streets and clashed with police.

While the French government has scrapped its planned fuel tax hike, which initially sparked the protests, the Yellow Vests have evolved into a broader movement against President Macron's government policies and rising living costs. The rallies have been marked by violent clashes between protesters and the police.

Michel Houellebecq is a famous French writer and satirist who frequently turns to offensive and dark humor when creating his pieces. The author has been repeatedly accused of being anti-Islamic. His earlier books, including Submission and The Map and the Territory, managed to get controversial reception from critics.