One of DiCaprio's Old Flames Snaps Nude PHOTOS at Resort, Another Faces Court 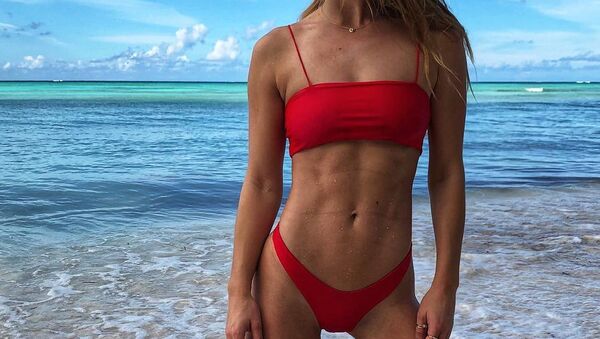 The pictures were snapped during the model’s winter getaway at the Turks and Caicos Islands, with one of the images featuring her naked, only covered by a flower.

Nina Agdal, a stunning Danish model and former paramour of Hollywood celebrity Leonardo DiCaprio, has managed to heat up things during this cold season by posting a series of racy photos of herself, some of which leave very little to the imagination.

The impromptu photo op was conducted at the tropical Turks and Caicos Islands where the model visited on vacation.

While some pictures feature Agdal posing in a bikini, one image has her wearing only a flower to preserve her modesty.

But while Nina Agdal enjoys the warm climes of Turks and Caicos, things are a lot less sunshine and rainbows for another former DiCaprio girlfriend, Israeli supermodel Bar Refaeli.

According to The Jerusalem Post, Refaeli is facing indictment on charges of tax fraud, as the model allegedly hid several millions of dollars of income from tax officials and lied to them about her primary place of residence.