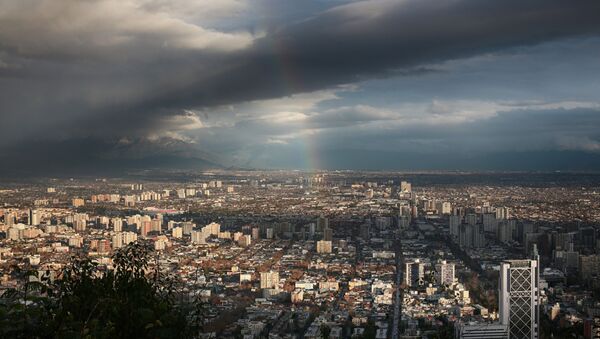 The area remains totally closed off following the explosion of an unidentified object at a bus stop in the centre of Santiago de Chile.

At least five people were injured in an explosion at a bus stop on a busy avenue in the centre of Chile's capital. All of the injured, including a 30-year-old woman who sustained severe wounds, were rushed to hospitals, local media report.

​An explosive device was located in a bag at a bus stop in the centre of Vicuña Mackena Avenue, according to preliminary reports.

Explosive ordnance disposal units were deployed to the scene; the area remains cordoned off.

According to media reports, authorities are investigating the potential involvement of eco-terrorists in the incident, after they posted a provocative statement on the internet prior the attack. ​