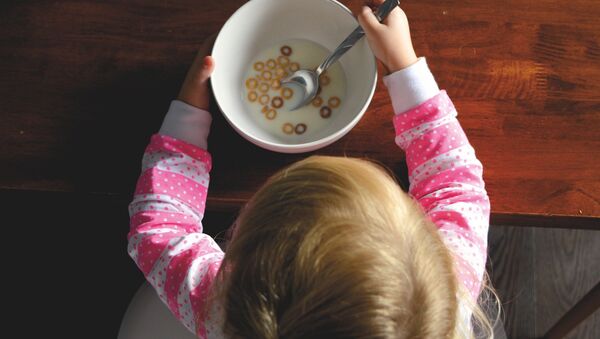 Nearly half of all the child sex offenders convicted in the nation’s capital have seen their jail sentences cut in half or suspended since 2000, according to a newly released investigation.

Some of the cases highlighted by RealClearInvestigations were those of Alfred Dockery, who "penetrated" a 14-year-old and whose entire 42-month sentence was suspended by Judge Geoffrey Alprin; of Dominique Annice, who sexually abused a six-year-old child and saw her 2.5-year jail sentence suspended; and John Anthony, who anally raped a 10-year-old and had his five-year sentence suspended after he had been locked up just six months.

The sex of the victims and other details are commonly withheld from the case files reviewed by Real Clear Investigations.

A suspended sentence is a legal term for delaying someone's prison date after they've been found guilty (or pleaded guilty) in order for convicts to serve a period under probation instead. If defendants demonstrate satisfactory completion of the period of probation, judges typically dismiss the initial sentence.

Such lenient sentencing practices are rampant in Washington, DC, according to a Friday report by RealClearInvestigations. Adult criminals who sexually touched kids, an offense carrying a penalty of six months in jail, are not the only ones catching breaks. Offenders whose original sentences lasted several years have had their prison sentences suspended, too, RealClearInvestigations found during a review of 364 case files of convicted sex offenders.

Resorting to reduced or suspended sentences is "a pervasive practice by more than a dozen judges, who are appointed and not elected," RCI noted, adding that "judges do not comment on their rulings."

The difficulty of prosecuting cases involving children and sex is believed to contribute to the lax sentencing outcomes, according to the report. Notably, there are ethical ambiguities about using children as witnesses in cases where there's no physical evidence. It is also possible that the use of sex-offender registries, which follow convicted offenders for the rest of their lives, is perceived by judges to be an additional "punishment" and leads them to lay down shorter jail terms; this was another reason cited by the report for why judges are letting sex abusers roam the streets of Washington.

Jail sentences alone do not accurately reflect the penalty faced by pedophiles, the report says, because there is usually a sanction that "that can shadow offenders for life: placement in a jurisdiction's sex offender registry."

Still, there are mixed interpretations about how well sex offender registries work. Some experts note that the aggregate number of criminal sex offenses has dropped 60 to 70 percent since the criminal justice system started using the registries in 1992; other experts say sex crimes are notoriously underreported and don't show up in rates of recidivism.

"There's always so much blowback when the media runs with a story about someone getting a light sentencing for anything — but anything with sex is like radioactive, and child sex is radioactive times ten," Emily Horowitz, professor of sociology and criminal justice at St. Francis College in New York, told RealClearInvestigations.