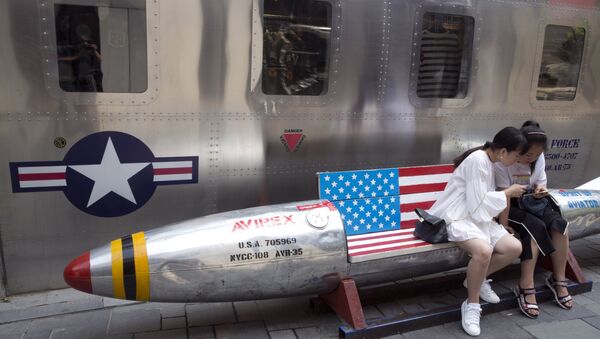 © AP Photo / Ng Han Guan
Subscribe
International
India
Africa
WASHINGTON (Sputnik) - The United States is warning its citizens to exercise increased caution when traveling to China due to local laws that could result in prolonged detention inside the country, the State Department said in a travel advisory on Thursday.

"Exercise increased caution in China due to arbitrary enforcement of local laws as well as special restrictions on dual US-Chinese nationals," the advisory said. "Chinese authorities have asserted broad authority to prohibit US citizens from leaving China by using 'exit bans,' sometimes keeping US citizens in China for years."

Science & Tech
China's Rival to US-Designed GPS Tech Intent to Conquer World
According to the advisory, China uses exit bans coercively to compel US citizens to participate in its government investigations, to lure individuals back to China from abroad, and to aid Chinese authorities in resolving civil disputes in favor of Chinese parties.

China's actions followed the December 1 arrest of Huawei Chief Financial Officer Meng Wanzhou, who is also the daughter of the company's founder, in Canada on suspicion of failing to comply with US sanctions against Iran.