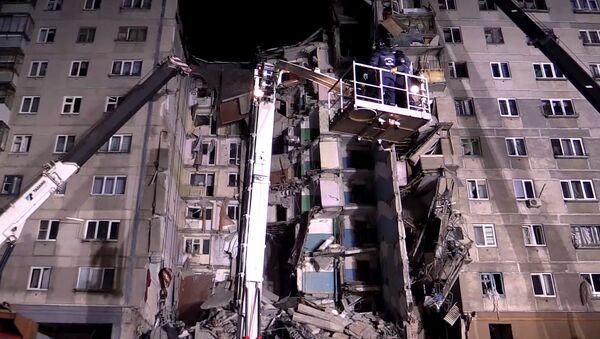 MOSCOW (Sputnik) – The Russian authorities said at least 33 people had been killed in the incident. Meanwhile, the search and rescue operation for dozens of other people, who might have been buried under the rubble, is underway.

One of the blocks of the 10-storey residential building in Magnitogorsk, located in the Ural Federal District in west-central Russia, collapsed on Monday, destroying and damaging dozens of apartments. Preliminary data have shown that the collapse might have been caused by a natural gas leak.

The king and the crown prince extended their condolences in two separate telegrams, according to the state-run Saudi Press Agency. They also wished a speedy recovery to those injured in the incident.