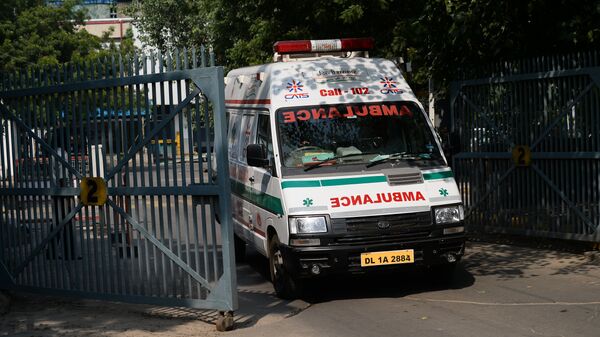 MOSCOW (Sputnik) – At least six people, including a minor child, were killed and eight others sustained injuries as a blast at an industrial unit, manufacturing fan blades, in New Delhi led to a partial collapse of the facility, local media reported.

Eleven water tenders had been reportedly dispatched to the site of the incident.

Delhi: A part of a factory collapsed at Sudarshan Park in Moti Nagar. Eight people have been rescued and sent to hospital so far. Rescue operation underway. pic.twitter.com/DoRRgBit4u

The rescue squads have pulled 15 people from the rubble, while seven or eight people are still feared to be trapped under the rubble. The victims of the blast had been taken to a local hospital.

According to the outlet, citing the results of a preliminary probe, the explosion had been caused by gas compressor malfunctioning and resulted in fire spreading across the facility. The blaze led to the partial collapse of the building blocking the exit route for the workers who were inside at the time of the incident.