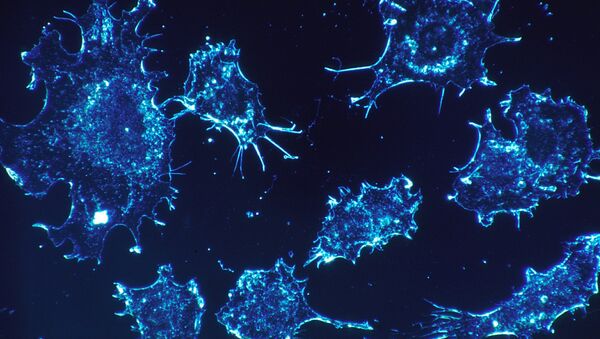 In reviewing data collected by the Behavioral Risk Factor Surveillance System (BRFSS), a health-related telephone survey of US residents, researchers found that from 2011 to 2015, an estimated 4.7 percent of cancers in men and 9.6 percent of those in women were linked to excess weight.

"In both men and women, there was at least a 1.5-fold difference in the proportions of cancers attributable to [excess body weight] between [US] states with the highest and lowest [population attributable fraction]," reads the study.

It later noted that the highest proportions of weight-associated cancers for surveyed individuals were "found mostly in southern and midwestern states, as well as Alaska and the District of Columbia."

Women were found to have cancer rates twice as high as men's, with lows ranging from 7.1 percent in Hawaii to 11.4 percent in the nation's capital. When it comes to men, officials found the lowest rates in Mountain states, such as Montana (3.9 percent), with the highest being recorded in Texas (6.0 percent).

After reviewing some 37,670 cancer diagnoses for men and 74,690 for women, researchers concluded in their findings that excess weight plays a role in "at least 1 in 17 of all incident cancers in each [US] state."

Farhad Islami, the lead author of the study, told the New York Times in an article published Wednesday that weight-linked cancer cases will only see an increase in the future if no major health changes are made by citizens.

"A range of interventions could be useful," Islami, recalling suggestions put forth in the study, said. "Zoning and licensing to encourage more fresh food outlets, taxes on sugary beverages, interventions at school and in the workplace."

"It's important to have authorities at the state and local level implement some interventions to lower body weight," he stressed.

Although the matter of taxing sugary drinks has long been a topic of debate, especially from the makers of said drinks, many US cities have adopted such measures, taxing on cent-per-ounce systems. Cities including Berkeley and San Francisco, California; and Philadelphia, Pennsylvania, have taken up such measures, with Philadelphia's tax being 1.5 cents per ounce.

Outside of the US, such measures have been replicated in the UK, Norway and the United Arab Emirates, which is also using a tax to tackle citizens' tobacco usage.