Over 3.5Mln Cars Crossed Crimean Bridge Since May 2018 - Highway Authorities 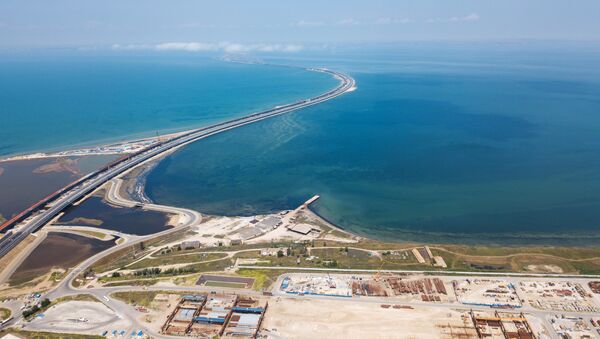 SIMFEROPOL (Sputnik) - More than 3.5 million vehicles have passed through the Crimean bridge since the opening of its road section in mid-May, the Federal Highway Administration Taman of the Russian Federal Road Agency said on Thursday.

"Over the course of 7.5 months, since the opening of the Crimean bridge for traffic, 3,528 million passenger cars and trucks have used the new highway," the agency operating the bridge said.

The road section of the Crimean Bridge, which connects Russia’s Kerch and Taman peninsulas, was opened by Russian President Vladimir Putin on May 15, becoming the first direct road connecting the region with mainland Russia. The railroad section is expected to be opened for traffic in December 2019.