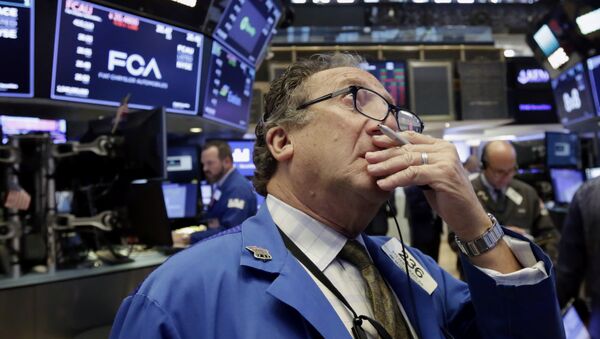 A "protracted stand-off" between Italy's populist government and EU over budget deficits will slow market integration and stoke jitters over a Eurozone breakup, the report said. Provincial elections in Spain and ongoing riots in France will also "show the strength of populist sentiment".

The UK and EU will finally reach a Brexit deal, but expects "twists and turns" during the process, according to BlackRock's predictions. Former Christian Democrat leader Angela Merkel's change of leadership to Annegret Kramp-Karrenbauer should not change Germany's approach to Europe, the report stated.

Major cyberattacks are the focus risk in January and that their sophistication and volume will increase as the "world grows more digitalised", the report stated. The report addressed threats to critical infrastructure, individual corporations and opportunities in cybersecurity as focal points for cybersecurity trends.

"At a geopolitical level, we see cyber warfare risks exacerbating existing tensions, while also providing an opportunity for greater cooperation between nations," the report stated.

Tensions in the Persian Gulf and a possible Russia-NATO conflict were upgraded on the report, with further Western sanctions on Saudi Arabia possible despite subsiding market attention. The Kerch Strait standoff between Russia and Ukraine "marks a significant escalation in hostilities" but "remains off the market's radar screen" to date.

Global trade tensions would cause the highest impact on global equities, followed by Russian-NATO conflicts and US-China relations after BGRI adjustments.

The firm, often titled the "world's largest shadow bank", does not anticipate major flare-ups over the next few months, but problems could compound amid slowing European markets and lowering performance of EU firms.

BlackRock Investment Institute compiled data from Thomson Reuters, Dow Jones, and Twitter. The report rates threats by adjusting scores based on positive or negative sentiment, then calculating an average. Market volatility is then calculated and adjusted as events develop.