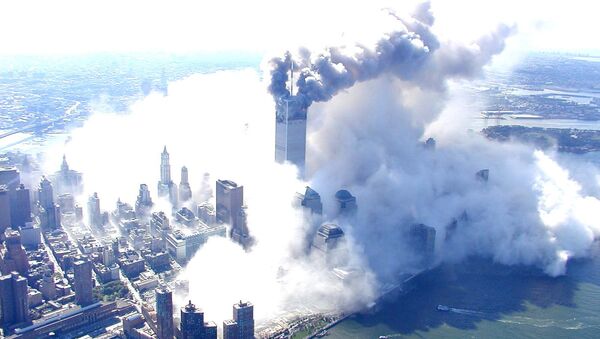 The same hackers that released episodes of a yet-to-be-aired Netflix series and hacked major networks such as ABC, NBC, and HBO say that gigabytes of highly-confidential material they stole from a law firm could shed more light on the biggest terror act in American history.

The Dark Overlord, an international hacker group, have announced that they have stolen a trove of undisclosed information regarding the 9/11 attacks — and they are ready to release it unless they do not receive ransom money, denominated in Bitcoins.

The group, infamously known for leaking, in 2017, episodes of the hit Netflix series Orange is the New Black, say that they have hacked an unnamed US-based law firm. When looking through the stolen cache of data, they found "hundreds of gigabytes of litigation-related documents", including a total of 18,000 e-mails, non-disclosure agreements, expert witness testimonies, and communications with government officials.

The hacked law firm is said to have paid a "satisfactory" amount of money to the Dark Overlord but also contacted law enforcement officials — a move that drew the hackers' ire.

The cyber thieves teased that the release of this data would outshine "both in volume and impact" Edward Snowden's leak of documents on extensive internet and phone surveillance in the US. "We'll guarantee to all our astute readers that the subsequent release of these materials will generate millions of news articles and result in the biggest and most significant data breach ever to have occurred."

They stressed that the data breach was already reported in April but went largely unnoticed. Back then, a legal news digest said the attack targeted a specialist law firm that provided advice to global insurer Hiscox Syndicates Ltd. and its policyholders.

According to the Dark Overlord, the stolen data was also related to the insurance market Lloyds of London and the real estate and investment firm Silverstein Properties. Part of the litigation, as per the statement, also involves sensitive information from such American federal agencies as the FBI, CIA, Transport Security Administration, Federal Aviation Administration and Department of Defence, which has not been published for the sake of national security.

The hackers have published a small part of the data from the trove containing information about settlements and the correspondence of the law firm Husch Blackwell, which represented the interests of American Airlines' contractor. They did not name the price for the loot, but said that the docs may be available to everyone, from terrorists to US' diplomatic rivals.

"If a full public release happens in the near future, we'll guarantee that we're going to withhold only the most highly confidential and sensitive documents for private sale. For the rest of you: don't worry, there's [sic] thousands of documents still to go around".

The documents in question are stored in an encrypted archive, which consists of five layers, with Layer 1 being the most innocuous and Layer 5 the most hard-hitting stuff. Entities and individuals involved in post-9/11 investigations are able to obtain sensitive documents in which they are mentioned by paying a ransom.

"And finally, a message to the companies directly involved to include the airlines, government agencies, the dozens of solicitor firms, the insurers, and the many others, this is a message directly to you: pay the f*ck up, or we're going to bury you with this. If you continue to fail us, we'll escalate these releases by releasing the keys, each time a Layer is opened, a new wave of liability will fall upon you."