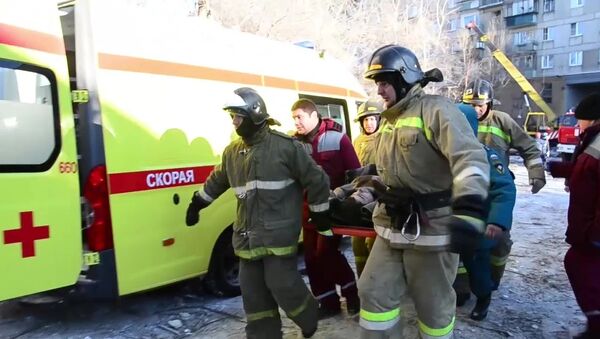 © Press-Service of Russia's EMERCOM
/
Go to the photo bank
Subscribe

YEKATERINBURG (Sputnik) - The incident took place on Tuesday not far from the site of the collapse of the residential building’s block, which occurred on Monday. The collapse has left at least nine people dead, while six people were hospitalized.

A minibus caught fire with three people passing away in the incident, the press service of the Chelyabinsk Region's governor said on Tuesday in a statement.

“It was reported that at the crossing of Karl Marx Street and Pravda Street in Magnitogorsk, a Gazel car with three people (all adults) inside had caught fire. Three people died. There were two gas cylinders in the car, “ the press service wrote on its Telegram channel.

The fire in the car burst out due to the malfunction of the gas equipment, according to the local Interior Ministry.