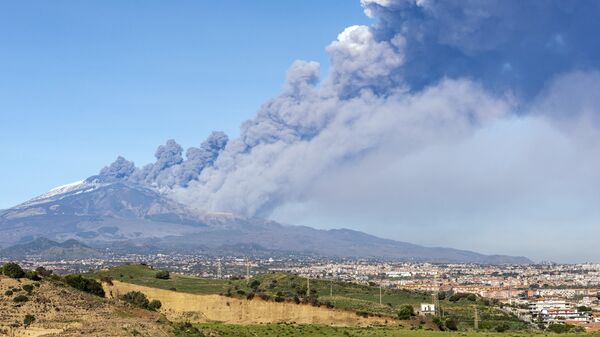 According to Italian seismologists, the epicenter was registered at a depth of some 17 kilometers in the commune of Collelongo, in the province of L'Aquila.

There has been no immediate information about deaths or damages. However, local authorities reportedly are examining railways in the zone impacted by tremors. Train traffic from Rome to L'Aquila has been temporarily suspended.

Powerful Quake of 6.2 Magnitude Strikes Indonesia - USGS
According to local media reports, the seismic activity could have been caused by a quake that jolted the Italian region on December 26. The 5.1 magnitude earthquake followed a series of tremors, the eruption of Mount Etna in the eastern part of Sicily, as well as the Stromboli volcano, located on a small island north of Sicily.

The Corriere Della Sera newspaper reported that at least 28 people were hurt in a December earthquake near the Sicilian city of Catania with a majority suffering only minor injuries.