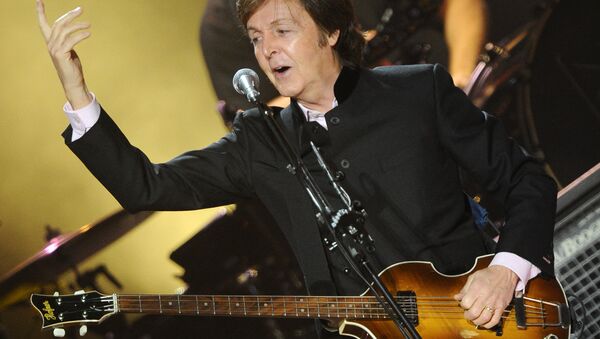 The Russian tycoon and Chelsea FC owner was denied renewal of his UK work visa amid a diplomatic row between London and Moscow over the poisoning of Sergei Skripal. Abramovich has obtained Israeli citizenship, enabling him to travel to the UK. However, London is now reportedly seeking to limit his ability to operate in the country.

One of the Beatles, Sir Paul McCartney along with his family, has been photographed on his way to Roman Abramovich’s exclusive Eclipse yacht in the Caribbean while the holiday season comes to an end. The website Page Six reports that the 76-year-old musician, his wife Nancy Shevell, 59, and his designer daughter had lunch on the Chelsea owner’s yacht.

On the third day after landing on the Caribbean island of Saint Barthélemy in a private jet, McCartney was snapped stepping aboard a vessel meant to take them to Abramovich’s floating palace, which is reportedly worth over $1 billion.

The 52-year-old billionaire businessman obtained Israeli citizenship in May after he failed to renew his UK working visa earlier this spring. His visa issues were largely associated with the souring UK-Russia relations in wake of the Salisbury poisoning.

In the 4 March Salisbury incident, former Russian intelligence officer Sergei Skripal and his daughter were reportedly exposed to a nerve agent. London claimed that the toxin, called "Novichok", was produced in Russia and blamed the attempted murder on Russia’s GRU intelligence service.

Russia has repeatedly rejected the claims as ungrounded and offered a joint investigation into the poisoning, which Britain declined. However, London moved to expel 23 Russian diplomats from the country, with Moscow responding in kind.

In December, The Telegraph reported that UK intelligence services were looking to increase pressure on 6 powerful Russian businessmen with alleged close ties with the Kremlin, including Roman Abramovich. The decision to target him is understood to be "the most significant".

According to anonymous intelligence officials, London seeks to limit the blacklisted tycoons’ “manoeuvrability and their ability to travel and operate freely in Britain, Europe and elsewhere", with measures ranging from revoking their visas to restricting travel and even targeting their assets in the UK.