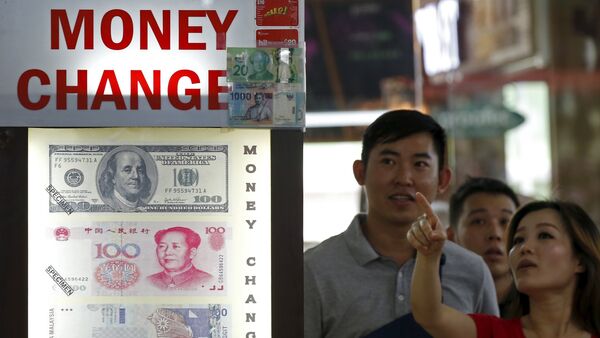 BEIJING (Sputnik) - The Chinese authorities plan to lift another 10 million people above the poverty line in 2019 in order to implement the plan for the complete eradication of poverty in the country by 2020, the State Council of the People's Republic of China said.

According to preliminary data, in 2018, the Chinese authorities, as part of a state program aimed at eradicating poverty in the country, managed to lift more than 10 million people out of poverty, with 280 counties removed from the list of distressed areas. If this figure is officially confirmed by the end of this year, then 2018 will be the sixth year in a row when China exceeded the figure of 10 million people pulled out of poverty.

Rural settlements in the Tibet Autonomous Region, the provinces of Sichuan, Yunnan, and Xinjiang Uyghur Autonomous Region are considered to be the poorest areas in China. At the moment, those living below the poverty line in China are those whose annual income does not exceed 2,300 yuan ($330).

China Remains Priority Market for American Businesses
Earlier in December, Xi said that that within the 40 years of the policy of "reform and opening-up," China decreased the number of poor people in the country by 740 million.

In 2017, Chinese President Xi Jinping announced the government's readiness to "resolutely strive for victory over poverty" in the country.

Thus, the authorities intend to rid the rural population living below the poverty line from poverty by 2020, remove the label "poor" from all distressed districts and put an end to pervasive regional poverty.