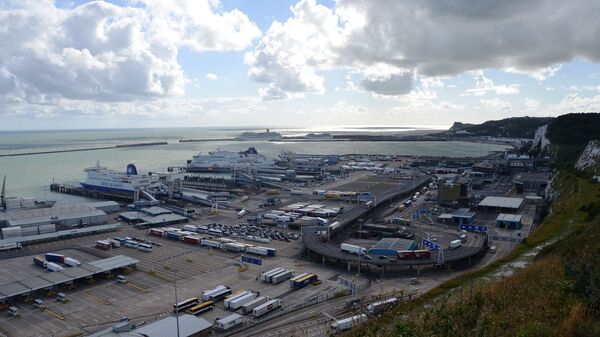 Ports in Poole, Portsmouth, Plymouth, Immingham and Felixstowe are slated to be accommodating additional crafts if London fails to make a deal with Brussels, triggering a no-deal Brexit scenario.

The Department for Transport has spent £107.7 mln on ferries in order to prevent a transport collapse in case of a no-deal Brexit, The Guardian reported on Saturday.

According to official documents, the department signed contracts with the French company Brittany Ferries, the Danish company DFDS and the UK's Seaborne Freight to ease pressure on Dover, as additional crossings are estimated to add 10% more traffic on the Dover Strait.

Blocking Gov't Tax-Raising Powers Key to 2nd Brexit Ref - Best for Britain
The contracts, however, were not put out to tender, as, according to the department, they were concluded due to "situation of extreme urgency" brought about by "unforeseeable events".

Members of the UK parliament are set to return after a Christmas recess on January 7, and a new debate over May's Brexit deal is scheduled for January 9. A vote on the deal is then expected to take place the following week.