Labyrinths of Death: Secret Tunnels and Their Role in Guerrilla Warfare 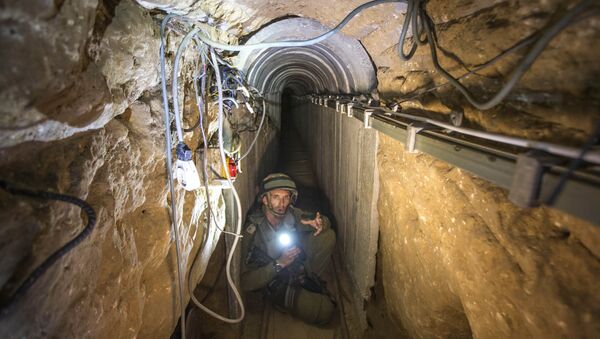 Subterranean tunnels, "cities" and multi-level caves still remain a powerful and efficient tool in guerrilla warfare. From Lebanon and Syria to Afghanistan these fortification systems have repeatedly been weaponised against foreign and government conventional forces, at the same time posing a substantial challenge to civilian areas.

Various armed groups have long used hidden networks of underground tunnels as an alternative weapon in order to gain a strategic advantage over their rivals and disrupt their plans.

In December 2018 the Israel Defence Forces (IDF) conducted Operation Northern Shield aimed at neutralising cross-border tunnels built by Hezbollah militants. The tunnels connecting Lebanon to the Jewish state were reportedly used for transferring militants and weapons by Hezbollah, designated as a terrorist organisation by Tel Aviv.

According to the IDF, the Shiite militant group has constructed subterranean passages running from Lebanon to Israel since the 2006 Israel-Hezbollah War.

Thus, one of the tunnels discovered by the Israeli military stretched "from a residential structure in the south of Kafr Kela in Lebanon and reached 40 metres (130 feet) into Israeli territory", as Ynetnews reported. Being two metres tall and two metres wide the passage included ventilation systems, electricity and piping. The IDF presumed that it took about two years for Hezbollah to create the 200-metre-long (656 feet) tunnel in a rocky terrain.

Earlier, in 2014, Tel Aviv carried out Operation Indestructible Rock to destroy underground infrastructure built by Hamas, an Islamist militant group, in the Gaza Strip. About 30 tunnels used by Hamas for covert movements and operations in the border areas of the enclave were destroyed by the Israelis.

Underground tunnels have long been considered Hamas' most dangerous weapons in the Gaza Strip. But that is not all: the Palestinians managed to build well-fortified underground passages with electric lighting that connected the Gaza Strip with Egypt. People and various goods, such as food, fuel, construction materials and even animals and cars were moved through them. 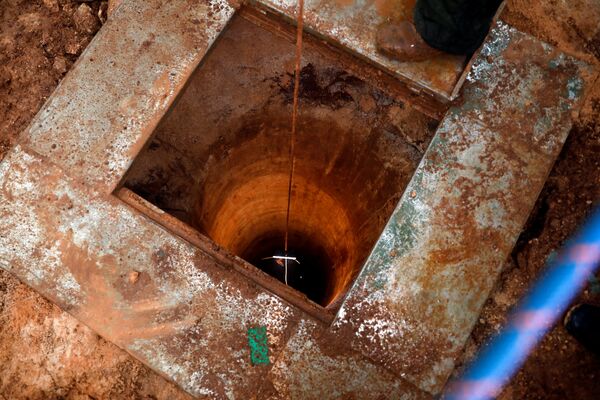 An Israeli soldier lowers a camera down an Israeli-dug hole into a cross-border tunnel dug from Lebanon into Israel, as seen on the Israeli side of the border, near the town of Metula December 19, 2018
© REUTERS / Ronen Zvulun

Secrets of Underground Life and War Inside Syria's Tunnels (VIDEOS)
The tactics of "tunnel wars" has been widely used by terrorists against Syrian government forces from the very beginning of the 7-year long conflict. The Syrian Arab Army (SAA) regularly detected and liquidated catacombs used by extremists for hiding from air strikes, moving between areas and settlements.

It was found out that almost 278 underground tunnels connected the metropolitan suburbs to Damascus. The first tunnels were discovered in 2011 in Deraa and later networks of subterranean passages were found in East Ghouta and Douma. Some of them resembled "cities under cities".

However, the use of the tunnel infrastructure is nothing new for the region: the Syrians started building hidden passageways in the 1920s to resist the French occupation.

Speaking to Sputnik in May 2018, a security source elaborated that terrorists had used secret passages for various purposes including as underground market places: "A very large tunnel was… discovered in Douma, which was used by militants as a huge market. There terrorists and members of their families could buy anything there", the source said. 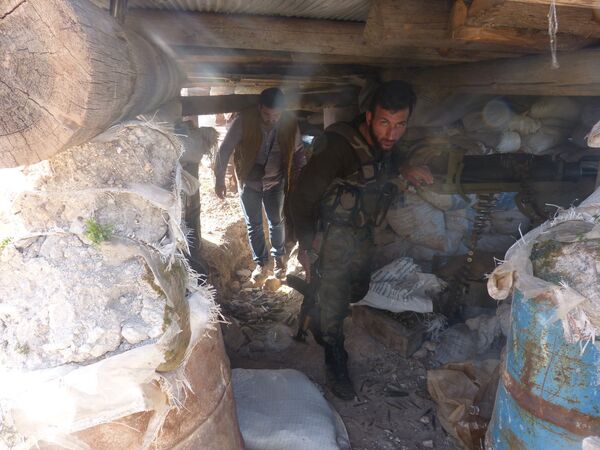 Soviet soldiers quickly learned how to identify those shelters. However, before using explosives to smoke the enemy out, Soviet troops usually tried to persuade jihadists to surrender.

The Tora Bora cave complex has long been the largest underground fortification of Afghan militants located 35 miles southwest of the city of Jalalabad. It was constructed in the mountains at an altitude of 4 kilometres (2.48 miles) and housed weapons and ammunition depots, bunkers and living quarters.

In 2005, The New York Times elaborated that Tora Bora's "miles of tunnels, bunkers and base camps, dug deeply into the steep rock walls, had been part of a CIA-financed complex built for the mujahedeen".

The Soviet Army had repeatedly stormed the fortress, but after the war the terrorists settled there again. Afghan security forces managed to completely liberate this area only in 2017 and now they are planning to build a large military base here. Earlier, in April 2017, shortly before the Afghan government forces' advance, US aircraft conducted an aerial mission apparently targeting the Tora Bora area and using its most powerful non-nuclear 22,000-pound bomb, GBU-43, dubbed "the Mother of All Bombs" (MOAB).