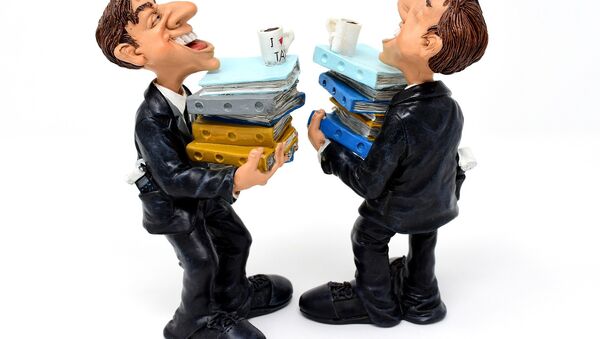 CC0 / /
Subscribe
International
India
Africa
A campaign set up to fight Brexit has now issued a new approach to stopping a no-deal scenario in UK-EU divorce negotiations, which suggests it is replaced as a default route by a Final Say for the people.

A new report by Best for Britain named 'Roads Not Yet Explored: Routes to a Final Say' outlines a number of actions MPs can take to leverage a second referendum "both politically and procedurally, from the Government over the coming weeks."

JUST PUBLISHED: Report authored by the country's foremost constitutional experts and backed by senior parliamentarians, mapping out 4 ways by which the UK Parliament can achieve a #FinalSay for the public on the UK's relationship with the European Union.https://t.co/gWQzWxyLip

Backed by pro-EU Tory MP Dominic Grieve, Best for Britain argued that the clearest way to apply pressure on the government is via the Finance Bill.

"The key point is that income tax and corporation tax are annual taxes, authorisation of which runs out at the end of the tax year. The budget can temporarily authorise these annual taxes for seven months after the budget if the Commons passes relevant budget resolutions and then (within 30 sitting days of budget day) the second reading of the Finance Bill. Those steps have already been taken this year but it is still possible to pass amendments at report stage that challenge the Government's financial credibility," the report said.

Campaigners believe that such an amendment would make future taxation conditional on holding a referendum (with an option to remain).

"But if a majority for that amendment does not exist at that time another approach is possible, by uniting those who want a Final Say with those who want to rule out no deal. It would work by removing the power to collect the annual taxes unless either a deal had been approved according to the terms of the existing legislation (namely passing a resolution and an implementation Act) or a referendum had been arranged," the campaigners argued.

Mr. Grieve — whose proposal to ensure that MPs have a say in what happens next if Theresa May's Brexit deal is rejected was backed by the Parliament — urged for a decision to be taken.

"Parliament is, however, deadlocked and appears incapable of passing any form of deal whatsoever. It is our responsibility as parliamentarians, therefore, to recognise the nature of the impasse and give the choice back to the people in order to avoid a cliff edge Brexit," Mr. Grieve wrote.

Members of UK parliament are set to return after a Christmas recess on January 7, and a new debate over May's Brexit deal is scheduled for January 9. A vote on the deal is then expected to take place the following week.

Leader of the opposition, Jeremy Corbyn, said he would like the MPs to have the vote as soon as possible, to avoid being presented with two equally bad options — a no-deal Brexit or May's agreement.