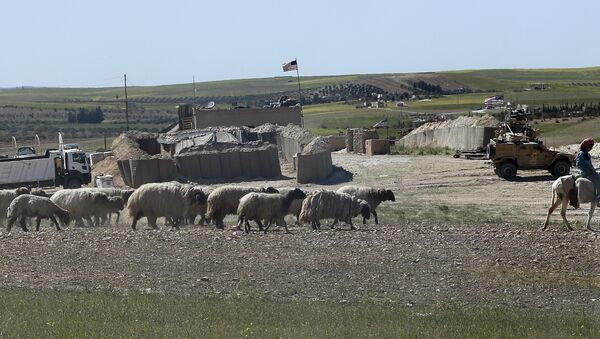 "We are in favour of the Syrian army's entry into Manbij to protect Syria because if Turkey comes somewhere, it stays there", Ahmed said, stressing that the Kurds and the Syrian government were "one family."

The statement comes the same day as the Syrian army entered Manbij after it received a request from the Kurdish People's Protection Units (YPG) to take control over the city amid Turkey's plans to launch a military operation there.

READ MORE: US Wants to Shift Responsibility to Its Allies by Leaving Syria — Lavrov

Syrian Forces Enter Manbij and Raise Country's Flag - General Staff
Earlier in December, Turkish President Recep Tayyip Erdogan announced that Turkey was ready to launch a military operation against Kurdish fighters in Manbij if the United States did not remove the militia from there.

Erdogan later noted that the start of the operation was postponed following a phone conversation with US President Donald Trump, who decided to withdraw US troops from Syria last week.