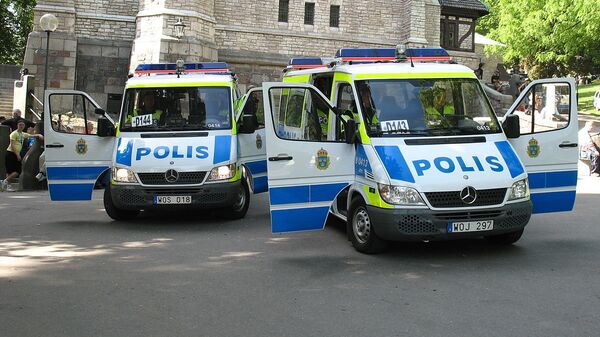 Despite stricter gun laws and a targeted effort against gang criminals, a record 44 people have been killed in Sweden this year alone.

The number of shooting victims in Sweden has hit a peak this year despite a crackdown on serious crime, prompting Gunnar Appelgren, a Stockholm police expert on gang crime, to draw comparisons with a "state of war".

Still, Sweden saw 272 shootings in 2018, with 129 people injured and a record 44 killed. A 2018 study identified Sweden as having a ten times higher frequency of deadly shootings among young men than Germany, the newspaper Dagens Juridik reported.

"It is an extremely worrying development that we aren't succeeding in reducing the overall number of deaths", Appelgren told SVT about the situation in the entire country.

In Stockholm, however, where the police have carried out a mission called Max in order to reduce the number of illegal firearms in circulation, the number of victim dropped to eleven in 2018, compared to nineteen in 2017. This is largely ascribed to the police effectively stopping a gang conflict between Shottaz and The Death Patrol in the immigrant-dominated district of Rinkeby. As of today, several key people in both groups have been sentenced to several years' imprisonment for arms and drug offences.

While Gunnar Appelgren conceded that a large number of shootings probably with deadly outcomes have been prevented, he called the measures taken "insufficient", arguing that the police must apply even more pressure to areas rife with crime.

Of the 30 deadly shootings that occurred in Stockholm over the past two years, only one-third have led to conviction, Swedish Radio reported.

"We see that we have a problem with getting them locked up, the murderers who commit these crimes. And we will do everything we can to beef up our investigation activities and ensure that we have the right resource in these cases", Stockholm Police commissioner Ulf Johansson told Swedish Radio.

"It is too early to draw any joyful conclusions. We'll only see in 3 to 5 years whether we have succeeded in breaking the trend", Gunnar Appelgren told SVT, assuring that there is "no quick fix" to the problem.

According to Appelgren, co-operation with other authorities, such as the Tax Agency and the Swedish Economic Crime Authority to stop the flow of the criminal and drug money is required. Meanwhile, social efforts are also required for young people at risk of getting involved in gangland crime. According to Appelgren, this requires years of targeted efforts.