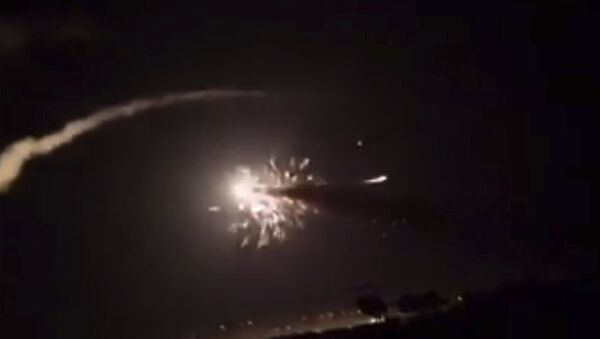 According to the local media, the airstrikes on Damascus surroundings were carried out by the Israeli Air Force, and the majority of the missiles were shot down by the Syrian air defence.

According to the Syrian Arab News Agency (SANA), the Israeli aircraft launched missiles through the Lebanese airspace.

Meanwhile, Israeli Defense Forces press service reported that the Israeli air defences have been activated in response to an anti-aircraft missile that had been launched from Syria.

An IDF aerial defense system activated in response to an anti-aircraft missile launched from Syria.