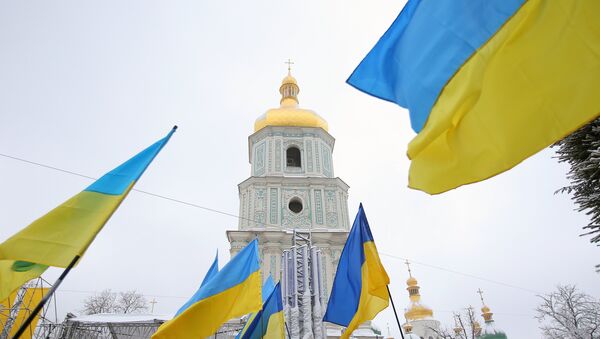 MOSCOW (Sputnik) - Patriarch Kirill of Moscow and All Russia criticized the law adopted in Ukraine to rename the Ukrainian Orthodox Church, and said the document aimed to discriminate against and eventually destroy the canonical Church in Ukraine.

“As you know, the law on the name change has been adopted. The law is completely insane — from the point of view of modern law and, again, modern principles of state relations with religious organizations,” the patriarch said at a meeting of the Supreme Church Council.

“When a state invents names for a religious organization, and with a clear desire to discriminate against this organization and eventually destroy it, this is a violation of all rights, laws adopted, as they say, in a civilized society,” he said.

The patriarch also blasted the so-called unification council that was held in Kiev on December 15, claiming that the event legalized schism and brought together dissidents.

"Complete failure of the so-called unifying council, no unification occurred, it was the dissidents who got united, their illegal, non-canonical legalization by Patriarch [Bartholomew], whose jurisdiction could not and did not extend to the Ukrainian land," the patriarch said at a meeting of the Supreme Council of the Russian Orthodox Church.

The UOC-MP has also repeatedly reported of cases of attacks on its priests by nationalists and seizure of its churches by representatives of non-canonical religious structures.