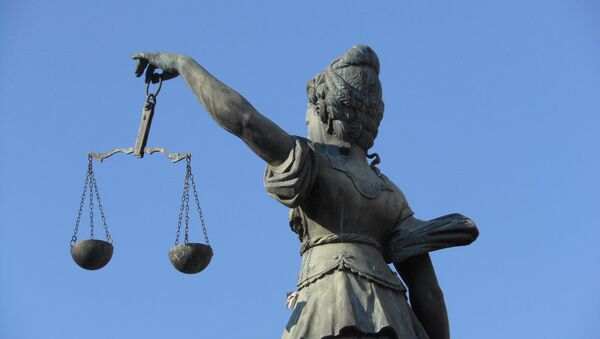 The 1992 sequel about young Kevin might be a Christmas classic starring Macaulay Culkin and feature a cameo from future US president Donald Trump, yet an anonymous law analysis Twitter account has provided a new perspective on the film.

The anonymous lawyer account ‘The Secret Barrister’ with more than 168 thousand readers claimed Kevin had actually committed many crimes in the movie, and if he were to have been tried in an English court of law for his misdeeds he could have actually faced up to four years behind bars.

This lecture explores the Christmas classic 'Home Alone 2' through the lens of English and Welsh law.

Contributions and observations are welcome, but I'm perfectly prepared to tweet the entire film to a wall of embarrassed silence.

He began with the fact that Kevin immediately broke the law within the film’s first few minutes, when he was shown recording Uncle Frank in the shower, which according to The Secret Barrister could be considered voyeurism.

And we’re off! Uncle Frank is in the shower! Kevin’s recording him! It’s voyeurism! Strike one! Frank is fully entitled to be livid.

However, the first of Kevin’s official crimes takes place in New York when he secures a suite at The Plaza Hotel by committing fraud through false representation. However, The Secret Barrister claims that the hotel manager, portrayed by Tim Curry, and his fellow hotel staff have only themselves to blame.

Kevin is now committing fraud by false representation (s1 Fraud Act 2006) to secure a suite at the Plaza. Frankly, Tim Curry and his band of ninnies only have themselves to blame. Their security protocols were presumably designed by Chris Grayling.

According to The Secret Barrister almost every character featured in the film breaks the law in some manner or another. For example, the notorious Sticky Bandits — Harry (Joe Pesci) and Merv (Daniel Stern) – who had planned a burglary, could have faced up to ten years in prison in the UK. But their crimes hardly stopped here, as they debated how they intended to kill Kevin – clearly with the intention to commit murder.

Joe Pesci and Marv are openly discussing killing Kevin. This is veering towards conspiracy to murder territory. Which all seems so unnecessary. They could have just ignored him and got on with their burglary. I bet they’ll look back and regret this.

Kevin sets off the shop alarm by throwing a brick through the window. In the absence of a defence of necessity, there being other options open to Kevin — namely calling the police — I can’t see how we avoid a charge of criminal damage.

He concluded that Kevin’s crimes, when summarised, could have led him to up to 4 years in prison, while Harry and Merv would be up for an additional 30 years to life behind bars.

For two counts of attempting to inflict grievous bodily harm with intent, Kevin, with the heavy mitigation of youth and the fact that he was, after all, being threatened by madmen, will nevertheless be found dangerous. Extended sentence of detention of 4 years plus 4.

The users had mostly laughed at this unexpected angle on their favourite Christmas classic, yet there seems to be some that were a bit offended by it.

Thanks to Mac 077, I am now spending the Christmas season with my other half referring to me unyieldingly as “Secret Prat”. pic.twitter.com/AykuWTSlSV

The Secret Barrister remains an anonymous figure, despite publishing a bestselling book The Secret Lawyer: Stories of the Law and How It’s Broken.