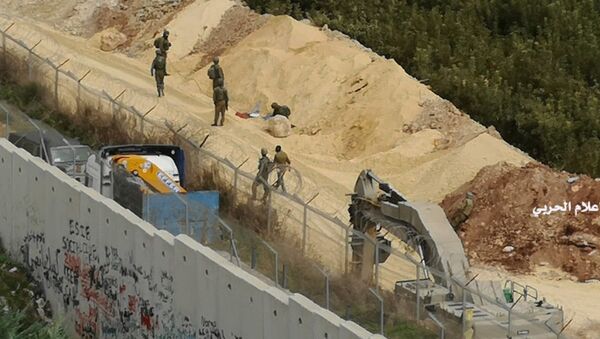 "We're here in Northern Command on a Security Cabinet tour. The IDF briefed us on its actions in neutralizing the tunnels. This operation is mostly behind us. There has been exceptional work to deny Hezbollah the tunnels weapon. It invested greatly in this and we destroyed it," Netanyahu said, as quoted by his press service.

The comment comes shortly after the Israeli prime minister along with other cabinet members visited the border region.

IDF Starts Demolition of Hezbollah 'Attack' Tunnels Along Lebanese Border
On December 4, the IDF said that they had started destroying attack tunnels discovered close to the Israeli-Lebanese border. Over the three-week course of the operation, dubbed "Northern Shield," the Israeli forces have found four such tunnels under the Northern border. Israel believes that Hezbollah used the facilities to transfer militants and weapons to Israel.

Following the launch of the Israeli operation, the United Nations Interim Force in Lebanon (UNIFIL) said it had increased security patrols at the Lebanese-Israeli border to avoid potential escalation.