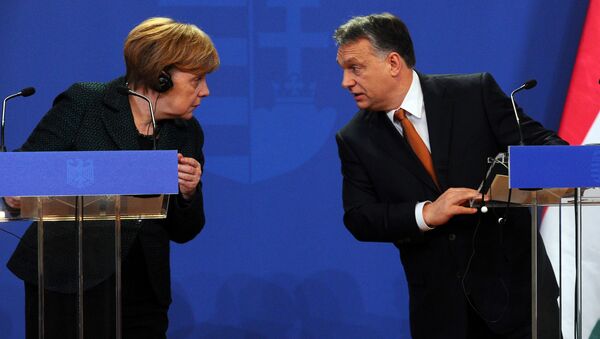 Since its onset, the European migration crisis has reshaped the way governments handle border control, while promises to put a halter upon mass migration have won elections and broken up political unions.

In the political realm, the approach of EU member states to dealing with illegal migrants on their shores and frontiers have varied significantly — from Angela Merkel's "open door policy" to Viktor Orban's "Europe is under invasion" perspective.

The German Chancellor has largely relied on the concept of a united Europe and sought to distribute refugees among all 28 EU member states and eventually eliminate the causes of the refugee inflow. 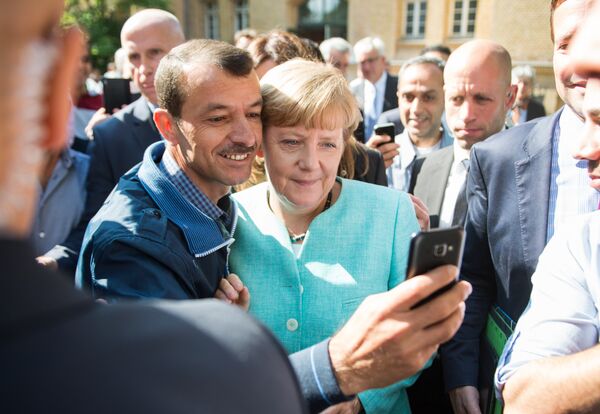 Asylum seeker (C, L) takes a selfie picture with German Chancellor Angela Merkel (C, R) following Merkel's visit at a branch of the Federal Office for Migration and Refugees and a camp for asylum-seekers in Berlin on September 10, 2015.
© AFP 2022 / DPA/Bernd Von Jutrczenka

However, that plan hasn't quite panned out and by now it is increasingly becoming clear that other European states don't want to take on the burden, oppose the distribution of refugee quotas and prioritize security of their external borders over EU asylum policy.

What was perceived as "temporary measures with respect to the influx of migrants" when the crisis broke out, doesn't justify "the so-called relocation compulsory quotas" that failed to work for a number of EU member states. 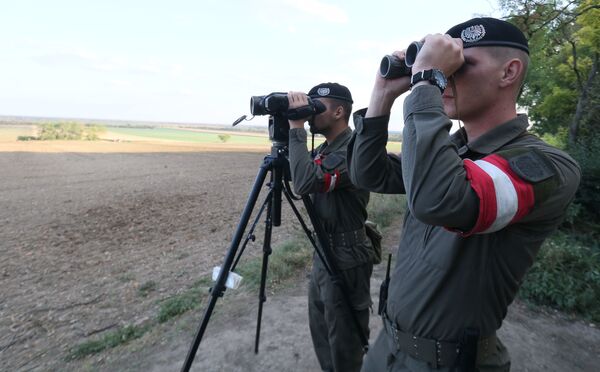 The voice of political and public discontent over the European Commission's Agenda of Migration is louder than ever, with a number of EU states push for border fortification and control, including Slovakia, Hungary, Czech Republic, Romania. Sweden announced at the very early stages of the crisis that it "simply couldn't do it anymore" in reference to receiving swarms of asylum seekers.

The reported rate of asylum denials by Finland recently revealed that out of the 11,400 migrants in the country, 9,000 had their applications denied. 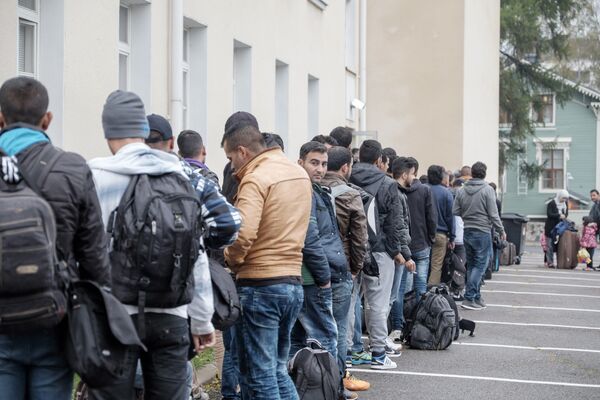 The need to strengthen the Schengen Area borders amid political solutions and an overwhelming expectation by the majority of EU citizens that the bloc intervenes more in the protection of external borders than at present — indicate a U-turn on the open global order.

The tension between the right to free movement and the nation states' claim to defend their borders and control access to their territory has spread beyond the EU rules and legislation. Austria, Bulgaria, Croatia, the Czech Republic, Hungary, Poland and the United States announced they will not be signing the UN Global Compact for Safe, Orderly and Regular Migration pact — a non-binding agreement that reportedly aims to make migration safe and orderly amid issues of national sovereignty and international cooperation. 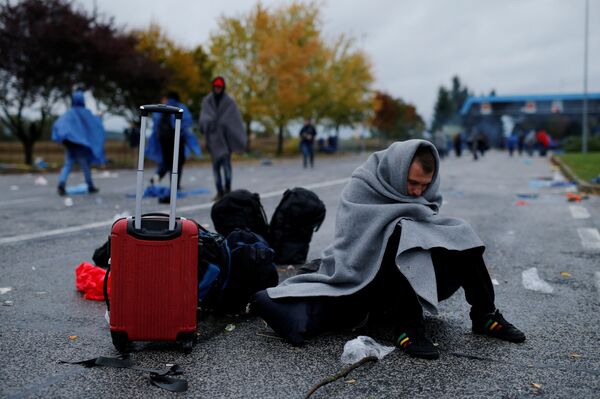 In the light of the pact and the feared migrant break-through at the border of Bosnia into Croatia, Slovenia recently provided firearms to its police officers to ensure adequate control of migration flows from the rest of Europe.

The will to curb immigration played a key role in pushing the United Kingdom over the edge, resulting in Brexit and the PM's promise to "end free movement once and for all, with a new skills-based immigration system."

With illegal immigration come increased levels of human trafficking, deaths of people trying to reach the country of destination and prevalent cases of unsuccessful integration of incomers in European societies, leading to crime and social conflict.

Along with that, European countries of entry, Greece and Italy, exhausted by the influx of migrants have signalled numerously of their limited resources and unwillingness to keep bearing the burden of illegal immigration.

Even the Europhile government of Emmanuel Macron in France has passed in 2018 a tough new immigration law that shortens asylum application deadlines, doubles the time for which illegal migrants can be detained and introduces a one-year prison sentence for entering France illegally.

Control and prevention of illegal immigration are pervasive in modern political agenda, as deglobalization slowly but surely follows globalization. One of the candidates aspiring to replace Angela Merkel as the party chair after she refused to seek re-election said he doubted that the asylum right should continue to be a feature of the country's Basic Law.

The US president Donald Trump, known for his stern stance on immigration, issued an order end of November, authorizing military personnel on the US-Mexico border to use lethal force. Control of the US border in the south was also one of the pillars of Mr. Trump's 2016 election campaign. 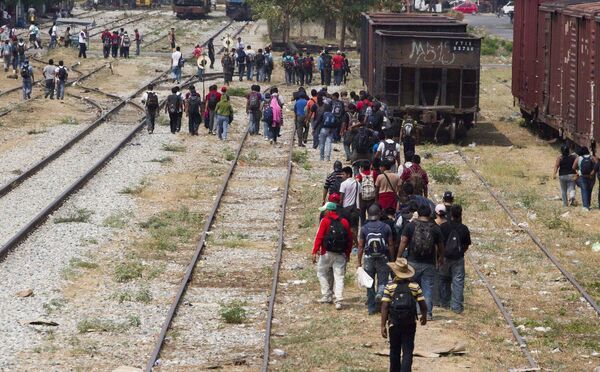 Immigrants walk along the rail tracks after getting off a train during their journey toward the US-Mexico border in Ixtepec, southern Mexico
© East News / Eduardo Verdugo/AP/MXEV115

As migration dominates governmental agendas across the globe, there is still geopolitical fallout from closing borders, faced by leaders who are not afraid to slam the door firmly shut on new arrivals.

And even though migration numbers — compared to 2015-16 peak — are down, tens of thousands of people are still trying to reach Europe. 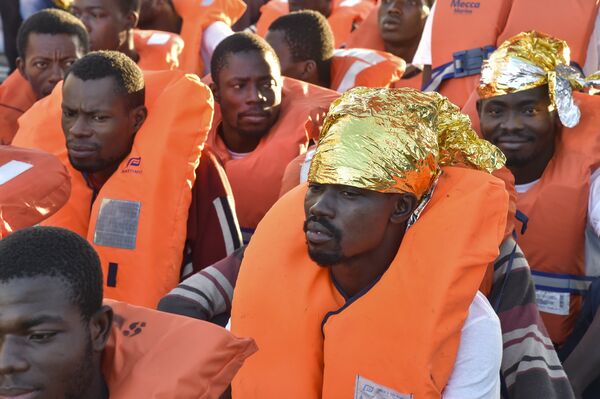 Migrants and refugees wait to be trasferred from the Topaz Responder ship run by Maltese NGO "Moas" and the Italian Red Cross to the Vos Hestia ship run by NGO "Save the Children", on November 4, 2016, a day after a rescue operation off the Libyan coast in the Mediterranean Sea.
© AFP 2022 / Andreas Solaro

In 2017, almost one in three migrant were from Syria while Afghanistan and Iraq rounded up the top three. Of the 175,800 Syrian citizens granted international protection in the EU, more than 70% received it in Germany.

However, years of poorly managed immigration snowballed into a widespread resentment in the public and determination to seal the borders by political leaders.