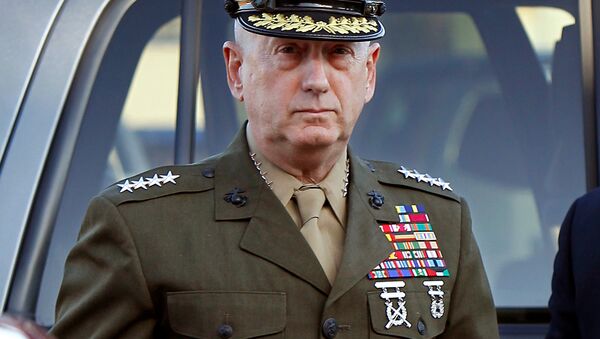 Last Thursday, US President Donald Trump announced Defence Secretary James Mattis' retirement from the White House, tweeting that he was removing Mattis from his post by January 1, two months ahead of the general's plans to depart.

President Donald Trump ordered Secretary of State Mike Pompeo to tell James Mattis that he was out as US Defence Secretary effective January 1, according to media reports.

Trump has reportedly not been on speaking terms with Mattis for days and did not bother to personally call the general telling him he was departing two months before the planned retirement.

The New York Times reported that on Sunday morning, Pompeo had informed Mattis that he would "have just over another week in his current job".

Earlier, Trump announced in a tweet that he was removing Mattis from his post by January 1, adding that Mattis' deputy Patrick M. Shanahan would serve as the acting defence secretary.

Trump described Shanahan as "very talented" saying that "he will be great".

US Troops to Remain in Syria After Daesh Defeated to Train Locals - Mattis
The statement comes after Mattis wrote a resignation letter on Thursday, stating that Trump has a right to have a Secretary of Defence "whose views are better aligned" with those of the US president. According to Mattis, he planned to step down on February 28.

Mattis' resignation followed the White House's announcement that the US is withdrawing troops from Syria, plans that the outgoing defence chief has previously slammed as a "strategic blunder".