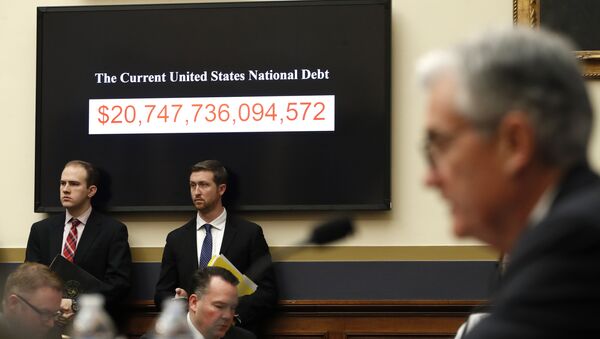 "I have spoken with the President @realDonaldTrump and he said "I totally disagree with Fed policy. I think the increasing of interest rates and the shrinking of the Fed portfolio is an absolute terrible thing to do at this time, especially in light of my major trade negotiations which are ongoing, but I never suggested firing Chairman Jay Powell, nor do I believe I have the right to do so," Mnuchin said on Twitter.

White House Says Not Aware of Trump Plans to Fire Fed Reserve Chair
On Saturday, White House spokeswoman Sarah Sanders said that she does not have the information about Trump's alleged plans to fire Powell.

US media reported Friday, citing sources, that Trump was considering a possibility of firing Powell over dissatisfaction with the decision of the US Federal Reserve to increase the benchmark interest rate.

On December 19, the US Federal Reserve’s policy-setting Federal Open Market Committee (FOMC) said that the US benchmark interest rate will increase by 25 basis points to a range of 2.25 to 2.5 percent. The Fed also indicated that it would press ahead with its plans for more rate hikes next year, despite signs that global economic growth could be slowing. The announcement triggered a sharp sell-off in the US stock market.

The latest rate hike was the fourth time the US central bank raised the federal funds rate this year. Trump has repeatedly criticized the Federal Reserve for increasing interest rates and causing stock market losses. The criticism breaks from the tradition of previous US presidents, who would avoid weighing in on monetary policy out of respect for the Fed's independence.