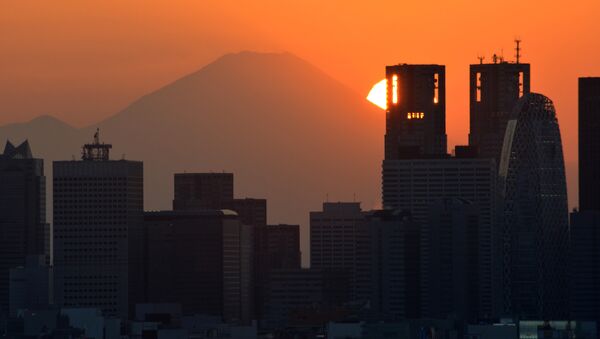 © AFP 2021 / KAZUHIRO NOGI
Subscribe
Japanese government data has revealed that the number of babies born in the country is the lowest since such information began to be collected in 1899.

According to the Japanese Ministry of Health, Labor and Welfare, the number of babies born this year is estimated at just 921,000, 25,000 less than last year and well below the 1 million projection for the third year in a row.

In addition, the total number of deaths this year is estimated at 1.37 million, making the natural population decline about 448,000, the largest gap in the nation's recorded history.

With the population declining, it may not be possible for the government to reach its goal of increasing the fertility rate to 1.8 (the number of children who would be born per woman) by 2025. The fertility rate was 1.44 and 1.43 in 2016 and 2017, respectively.

The population in the small Asian nation will sink over the next half century, from over than 126 million in 2016 to an estimated 88 million in 2065, the Kyodo news agency reported last year.

000000
Popular comments
All countries need to reduce population to a manageable level.