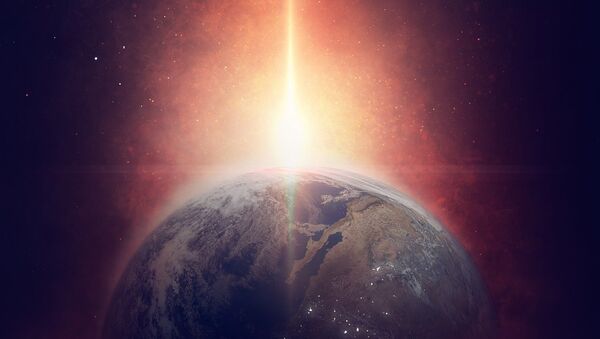 A mysterious planet rich in precious stones has reportedly been spotted orbiting a star just 21 light years away, in the constellation Cassiopeia.

Astronomers might have discovered a new class of planet: with a mass almost 5 times that of Earth, the planet, dubbed HD219134 b, orbits its parent star with a year that lasts just three days. This exoplanet has not developed a huge core of iron like Earth, but is rich in aluminium and calcium.

“Perhaps it shimmers red to blue like rubies and sapphires, because these gemstones are aluminium oxides, which are common on the exoplanet”, said Caroline Dorn, an astrophysicist at the Institute for Computational Science of the University of Zurich.

At the same time, she said that was the main reason why such planets couldn’t have a magnetic field like Earth. Planets like Earth were formed out of rocky bodies left after the proto-planetary gas disk dispersed, while these building blocks condensed out of the gas as the disk cooled.

Nonetheless, there are some regions close to the parent star where it is much hotter, and that’s where such exoplanets formed, the astronomers believe.

“Normally these building blocks are formed in regions where rock-forming elements such as iron, magnesium and silicon have condensed. Many elements are still in the gas phase there and the planetary building blocks have a completely different composition. In our calculations we found that these planets have 10 to 20 percent lower densities than Earth”, she said.

Dorn and her colleagues at the Universities of Zurich and Cambridge believe that HD219132 b may belong to a new, exotic class of exoplanets, along with two other candidates.