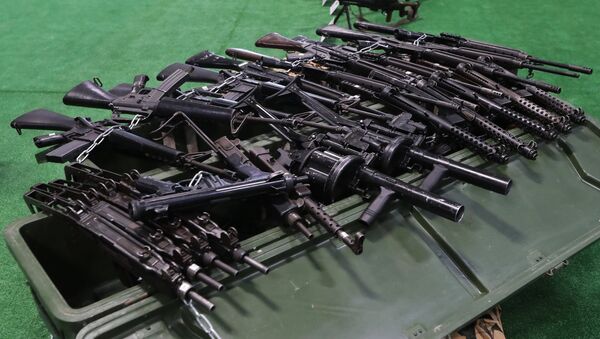 Syrian militants and terrorist groups have left numerous weapons caches and warehouses behind, when they were retreating from the Syrian army. A lot of them were later discovered during sweeping operations conducted by the Syrian authorities.

The Syrian Security Forces have discovered another big warehouse with weapons left behind by terrorist groups in Daraa province in the south of the country. According to a Sputnik reporter, local residents helped authorities in discovering the warehouse. Inside it, the Syrian forces found numerous rifles, mortars, US-made Tao anti-tank missiles, recon drones, satellite communication devices, medical equipment, and various types of ammunition.

Representative from the Syrian army told Sputnik that a lot of terrorists' weapons warehouses had beendiscovered in the Syrian south over the last two months. One of the biggest finds was made in December close to the border with Jordan, where militants left behind significant amounts of modern weaponry and military equipment.