Indian Police Arrest 126 Fraudsters for Duping US Citizens of Millions 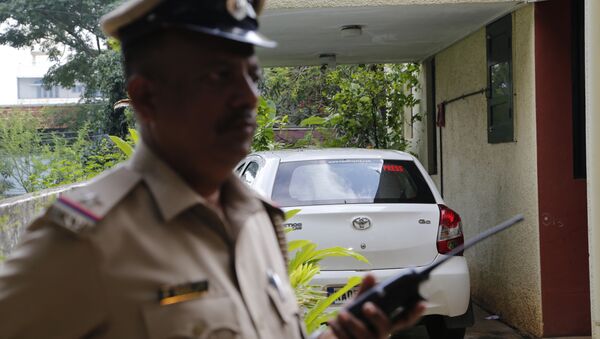 Workers at a fake call centre used to call up US citizens and intimidate them saying that there were problems with their social security number, a nine-digit identification number issued to US citizens, and then demanded money from them to “fix” it.

Indian police have arrested 126 people from Noida an industrial town in the vicinity of New Delhi after it busted a fake call centre racket. The people who were arrested had allegedly duped millions from American citizens through fraudulent means.

"A raid was conducted at the call centre located in Sector 63 Noida late on Thursday night on a tip-off that dubious operations were being carried out from there", Ajay Pal Sharma, a senior police officer said while announcing the arrest of 126 culprits on Friday evening.

Checking Banking Fraud: India Gets First Blockchain-Based Trade Finance Network
Earlier this month, police had busted a dozen or so call centres in Gurugram and Noida after the American IT giant Microsoft had filed a complaint with the police alleging that people were being duped using the Microsoft name and on the basis of the goodwill of the company.

Investigations revealed that over 50,000 people from across 15 countries had been targeted by these fraudsters. Gurugram and Noida police, in association with international investigating agencies such as the Federal Bureau of Investigation (FBI), Interpol, and Canada's Royal Canadian Mounted police (RCMP), busted as many as 17 call centres in the two cities and arrested 42 people.

In October of this year, officials from the FBI, Royal Canadian Mounted police (RCMP), and the Interpol division of the FBI had met Noida police to discuss the rising number of complaints against call centres active in the district trying to dupe foreign citizens, especially Canadians and Americans, on the pretext of providing them loans, shares, and other online products.