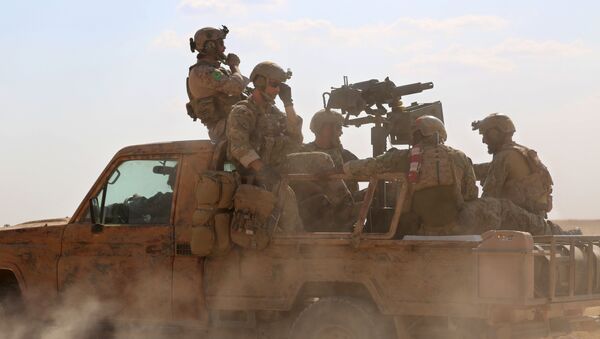 "He [Mattis] thought that the time was not right to leave," Graham said. "He told me without any hesitation that [Daesh] has been hurt badly, that the change in strategy to be more aggressive has paid off. But they are not defeated, and that a replay of Iraq is very likely."

Trump Declares Daesh is Dead: US Troops to Pull Out of Syria in 30 Days
Graham said he also talked to US Secretary of State Mike Pompeo, who he said understands that the conditions on the ground in Syria are not right for the United States to withdraw its troops.

The senator argued that leaving Syria could lead to a reemergence of the Daesh, put Kurdish fighters there in danger and benefit the national interests of Russia, Iran and the government of Syrian President Bashar Assad.

On Wednesday, Trump announced his decision to withdraw all US military troops from Syria, saying the move was motivated by the fact that the Daesh in that country has been defeated.

The US-led coalition of more than 70 countries is conducting military operations against the Daesh in Syria and Iraq. The coalition's operations in Iraq are conducted in cooperation with the Iraqi government, but those in Syria are not authorized by the Syrian government or the UN Security Council.