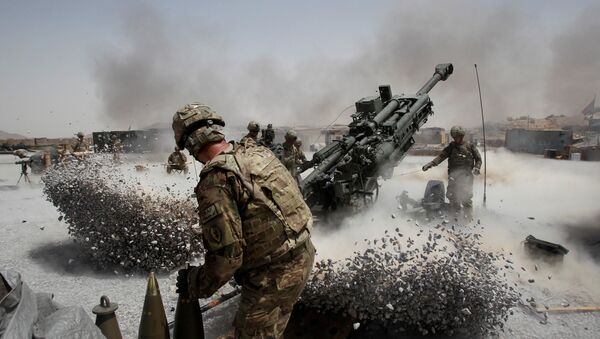 WASHINGTON (Sputnik) – US President Donald Trump is considering a significant reduction of US troops currently stationed in Afghanistan, according to media reports.

The Wall Street Journal reported on Thursday citing US officials that a drawdown of American troops in Afghanistan could begin in several weeks.

The first reduction, which accounts for half of the 14,000 US troops stationed in Afghanistan, could mark the start to the end of American involvement in the 17-year war, the Wall Street Journal said on Thursday citing unnamed officials. The full drawdown of US troops from Afghanistan could take at least many months, the report added.

8 Dead, 10 Captured After Taliban Attacks Military Base in Afghanistan - Reports
Afghanistan has long been in a state of turmoil, with the government fighting the Taliban radical movement, which has been holding vast territories in rural areas under its control and regularly launches offensives on key big cities. The situation has been exacerbated by the activities of the Daesh terrorist group, which has been operating in Afghanistan since 2015.

The United States and NATO initially launched their military operations in Afghanistan in 2001 after the 9/11 terror attacks. While most of the US troops had been withdrawn from the country by the end of 2014, NATO launched a new mission in 2015, called Resolute Support, to provide training and assistance to the Afghan security forces. Over 16,000 soldiers from 39 NATO countries are currently serving in Afghanistan as part of the mission, with the majority of the contingent being the US soldiers.

The second deputy chief executive of Afghanistan, Mohammad Mohaqiq, told Sputnik in November that the US authorities and security servicemen were unaware of the real situation in the country, with the US servicemen deployed to Afghanistan having no incentives to fight and wishing to leave the mission area.