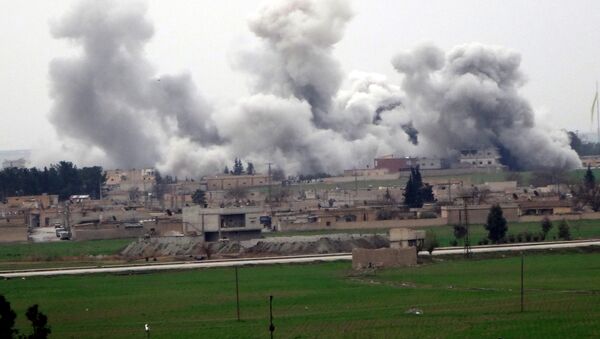 Earlier today, US President Donald Trump explained his decision to withdraw military forces from Syria, claiming that Daesh* had been defeated by the US-led coalition in the country.

According to the Reuters news agency, citing anonymous US officials, Donald Trump's order to pull out troops from Syria also means the end of the airstrikes against the Daesh terrorist group in Syria.

Previously, Trump claimed that the US had beaten the jihadists, stating that American soldiers would be coming home soon.

Trump's Decision to Withdraw US Troops From Syria Condemned in UK
The US-led coalition has conducted operations against Daesh in Syria, without permission from the Syrian government or the UN Security Council. At the same time, Damascus has repeatedly stated that the airstrikes conducted by Washington and its allies have killed numerous civilians in the region.