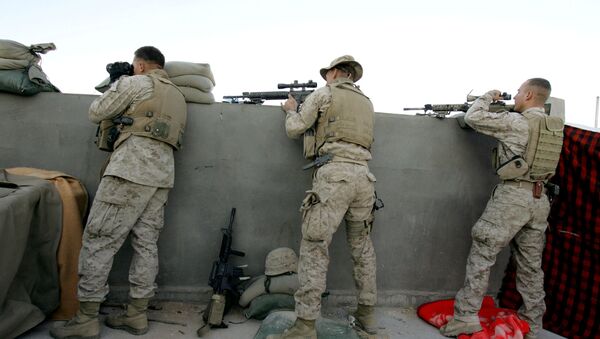 MOSCOW (Sputnik) - The withdrawal of troops from Syria will become a serious blow to the influence of the United States on the ongoing political settlement in the country, a member of the Turkish parliament, Ozturk Yilmaz, told Sputnik on Thursday.

"US military withdrawal, if It really happens, may not mean it’s politically a pullout … But, surely to say, this decision will be a serious blow to US influence on the ongoing political process on the table. If your boots are not on the ground, your hands may be weaker", Yilmaz said.

'Time to Come Home': WATCH Trump’s Video Message Amid US Withdrawal From Syria
The lawmaker added that nevertheless, it is extremely difficult to predict what Trump will do tomorrow.

On Wednesday, US President Donald Trump said that the United States would withdraw its troops from Syria because the Daesh* terrorist group which was the only reason for the US presence in the Arab country, had been defeated in Syria. White House Press Secretary Sarah Sanders said in a statement that Washington had already started the process of withdrawing the troops, of which there are about 2,000.

The US-led coalition of more than 70 countries is conducting military operations against Daesh in Syria and Iraq. The coalition's operations in Iraq are conducted in cooperation with the Iraqi government, but those in Syria are not authorised by the Syrian government or the UN Security Council.