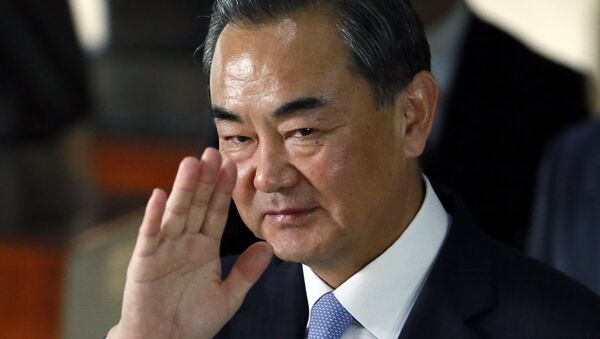 Chinese Foreign Minister Wang Yi will arriving in India on Friday to attend the first high-level meeting of "India-China people-to-people exchange mechanism" as agreed to between Modi and Xi Jinping earlier this year.

Chinese Foreign Minister Wang Yi is arriving in India on Friday to attend the first high-level meeting of "India-China people-to-people exchange mechanism" as agreed to between Modi and Xi Jinping earlier this year.

Indian Foreign Minister Sushma Swaraj along with Wang Yi will co-chair this meeting in which various people-to-people initiatives will be discussed. It was during the Wuhan Summit in April this year that both India and China decided to establish a people-to-people exchange mechanism in various avenues to boost bilateral ties.

India Expecting China to Propose Concrete Deal on Middle Sector Border - Sources
Apart from the high-level meeting on the people-to-people exchange mechanism, there will be an India-China media forum between the two countries. This media forum will be held in New Delhi in which leading media organisations from both countries will participate. The meeting will try to find out how the media may be used to promote a closer partnership for mutual development between the two countries.

There have been perceptible improvements in Sino-Indian bilateral ties since the Wuhan Summit. The summit broke the ice between the two countries, which had plagued the two nations following the Doklam standoff in the Sikkim sector of the Indian border.

Furthermore, there are improvements in the border management along the India-China border too. Sources in the know attribute this to the Wuhan meeting.