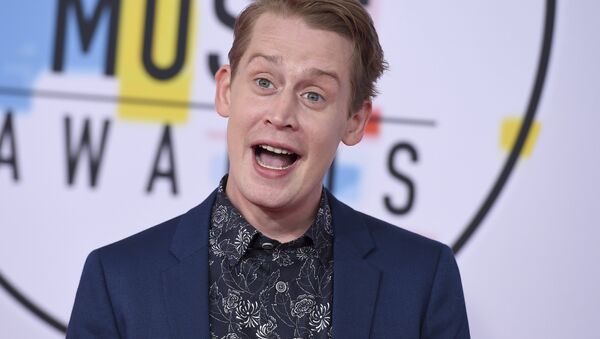 Childhood stardom is thought to have heavily impacted Macaulay Culkin’s life, especially after he raised quite a few concerns over his drug possession charges, and stood up in Michael Jackson’s defence in wake of paedophilia allegations against the latter.

Macaulay Culkin, who famously played the inquisitive and daring boy in the Home Alone films back in the 1990s, which shortly turned into a genuine Christmas cinematic cult hit, worked with Google to breathe new life into his best-known role just as the Christmas season is around the corner.

The joint effort was meant to recreate scenes from the well-known films, Home Alone 1 and Home Alone 2, which came out two years later, in a new Christmas advert; however, it was not the production itself that triggered discussion on social networks, but Culkin’s looks, with many Twitterians noting that he appears to be “healthy” in the advert:

You don’t understand… The timing is GENIUS. Google is promoting their "ask google", chose to show us a healthy* Macaulay Culkin (great to see btw), did the perfect spin off with the use of "ask google", made it funny, cute & short AND it’s the holidays. Like wow, perfect ad! https://t.co/yOFvRa2CwY

Macaulay Culkin looks so healthy. I’m so happy for him pic.twitter.com/qD0MpddHB9

So good to see Macaulay Culkin looking healthy and happy. He looked all strung out in the last pictures I saw of him.

Once a childhood star, Culkin is known to have retired early in life, at around 14, having earlier played a cunning teenage boy who managed to outsmart two potential burglars, after the rest of the family flew away on holiday mistakenly thinking that he was with them.

Ten years later, he was detained for possession of marijuana and was subsequently given a suspended sentence, which made fans think that early acting, for which he was even nominated for a Golden Globe Award as Best Actor, had indeed taken quite a toll on Culkin. The milestone events from his personal life, meanwhile, included estrangement from his father and early marriage at 18, which ended four years later. He also found himself in the centre of sexual assault allegations surrounding Michael Jackson, whom he was friends with and whom he vehemently defended in court.

The 38-year-old is now dating Brenda Song, who kicked it off in show business as a child fashion model and actress. Culkin notably describes himself as not solely an actor, but a musician, a writer and the founder of a website called Bunnyears.com, “a comedy-lifestyle brand, rooted in such foundations as proclivities, diet, exploration and upscale culture”.