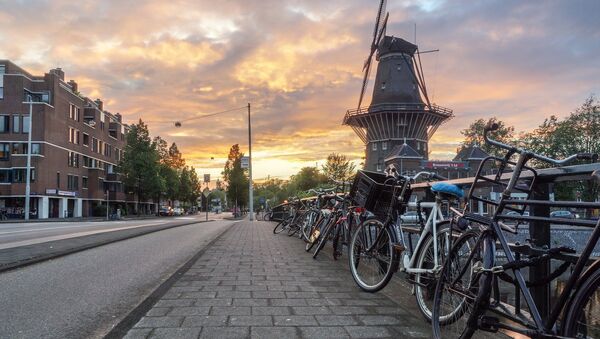 The Dutch police union says cycle lanes are no longer safe because there are so many hoverboards, scooters, e-bikes and even electric cars using them.

Four children in an electric cargo bike known as a Stint were killed when they were hit by a train on a level crossing last month.

Stints became popular in recent years with schools and nurseries after the government approved them in 2012, but were banned after the tragedy in the town of Oss.

Last year more cyclists than motorists were killed in the Netherlands, for the first time ever, and 57 of those were on e-bikes, a jump of 17 on 2016.

The link between e-bike popularity and and more cycling deaths in the NL is complex. One argument is that e-bike allow much older people to continue riding, and deaths (for any reason) are thus more likely — the so-called "golf effect".

Also: this isn't about danger to others 7/ pic.twitter.com/Jmiq7fsX4k

"It is impossible for the police to maintain it. I wonder whether citizens themselves know what the situation is in traffic. Police officers do not always know it either. It is a completely unclear situation," Gerrit van de Kamp of the ACP police union told the FD newspaper.

The four biggest cities in the Netherlands — Amsterdam, Rotterdam, The Hague and Utrecht have passed new laws in recent months in a big to ease the congestion in Dutch cycle lanes.

On Tuesday, December 18, Amsterdam banned slower mopeds, known as a snorfiets, from April. Utrecht is introducing a similar ban at the end of 2019.

But Birò cars — four-wheeled electric vehicles with a top speed of 34 mph, can still be driven in cycle lanes anywhere in the Netherlands.

Rotterdam has said it will continue to give them access as they are too slow for the fast traffic on the city's roads.

The number of mopeds in the Netherlands has risen to 720,000 in the last decade.