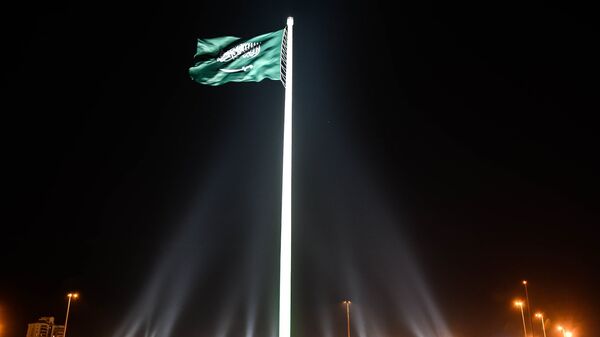 The Saudi government has unveiled ambitious fiscal stimulus and privatisation plans, which are expected to take effect in the first quarter of next year; officials say they are seeking to drive economic growth in non-energy sectors to ease the Kingdom's reliance on oil.

Kristian Rouz — Saudi officials are bracing for a likely acceleration in the nation's GDP growth rate next year amid expectations of higher oil prices, greater returns on foreign investments, and higher-than-expected budget revenue this outgoing year.

According to the Saudi government, the Kingdom's economy could undergo significant changes next year, as officials plan to reduce the country's excessive reliance on oil exports and global oil prices. The Saudi economy was battered by the deep plunge in international crude prices in 2015 and 2016, and even last year, the Kingdom's economy continued its contraction.

However, in 2018, the Saudi economy grew by 2.3 percent, while budget revenue exceeded expectations, allowing Riyadh to consider ambitious privatisation and fiscal stimulus plans, in a bid to boost domestic investment.

"We are determined to go ahead with economic reform, achieving fiscal discipline, improving transparency and empowering the private sector," King Salman said in his televised address to the nation on Tuesday.

Saudi Arabia Teams Up With UAE to Issue Joint Cryptocurrency
The government said it will increase budget spending by 7 percent next year to an all-time high of $295 bln, and officials have said this fiscal stimulus will spur business activity in the private sector.

Additionally, Economy Minister Mohammed al-Tuwaijri said five sectors of the Saudi economy are already prepared for privatisation, which will likely take place as soon as the first quarter of 2019. The privatisation will likely come in the form of gradual increases in privately-held stakes of Saudi public-private partnerships, and the sale of state-held assets.

The economy ministry also said it expects Saudi Arabia's unemployment rate to decline from its current level of 12.9 percent in early 2019, due to the accelerated development of non-oil sectors of the Kingdom's economy.

"The number is 12.9… we expect it start to decline starting 2019," Minister al-Tuwaijri said on Wednesday.

Moreover, the official said the national labour participation rate currently stands at 42 percent — far below the 60-70 percent average seen in most of the world's advanced economies.

Meanwhile, this year's increase in budget revenue doesn't mean Saudi Arabia's fiscal woes are over. The Kingdom is still running up fiscal deficits, but, for this outgoing year, the deficit came in at 136 bln riyals compared to earlier expectations of 195 bln riyals.

"We forecast government revenue falling next year contributing to a widening in the deficit, alongside the expansionary fiscal stance," Malik said. "Oil price developments remain critical to the fiscal out-turn in 2019 and looking forward."

Economists say the Saudi government is focusing on reforms due to a lack of macroeconomic stability in the Kingdom, which could potentially jeopardise Riyadh's grip on power. The Kingdom has been comfortably reliant on oil exports for over four decades, but this model of growth appears to have exhausted all of its potential.

"Government spending is what ultimately drives growth in Saudi, and the wider region, and without stronger stimulus, it is difficult to see where the spark for stronger demand will come from," Jean-Paul Pigat of Dubai-based Lighthouse Research said.

Saudi Arabia is currently lacking sustainable sources of economic growth, other than the state budget. The government appears to have realised that a strong private sector is necessary to bring down the elevated unemployment rate, and to ensure that long-term economic prosperity in the oil-rich country is maximised.