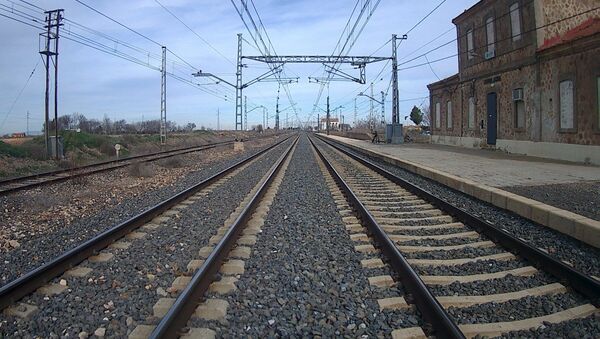 Investigators believe the officers didn’t even realize a train was coming from behind.

Two Chicago police officers, Eduardo Marmolejo, 36, and Conrad Gary, 31, were killed on duty after being struck by a train, a police spokesperson said Tuesday. According to the spokesperson, investigators believe that the men were focused on their pursuit of a suspect and on the train coming from the opposite direction. When a train behind them honked, they likely did not realize that it was a different train.

Blue Vests? French Police Unions Promise Protests of Their Own – Reports
Marmolejo and Gary were investigating the area after a system called Shotspotter alerted police to gunfire in the vicinity. During their investigation, the policemen entered the elevated area of the railroad tracks. Bodycam footage shows the officers "clearly acknowledge" a northbound train coming towards them, mere moments before they were hit by a southbound train.

"They must have thought the sound they heard was the northbound train," Chicago Police Chief Communications Officer Anthony Guglielmi said. "They must have missed the sound of the train right behind them."

According to Guglielmi, the bodycam footage is "very limited."

Science & Tech
UK Police Pilot Facial Recognition Technology Amid Concerns Over Civil Liberties
Johnson led a delegation of the department's command staff to search the area along the tracks to recover the remains of the two officers. According to Guglielmi, Johnson has met with the families of the deceased.

The man the two officers were pursuing was eventually taken into custody by other officers, Fox News reports. He was in possession of a gun, but so far has not been charged with any crimes.

In 2018, four Chicago police officers died on duty, which is the second highest after 2010's number of five. The latest incident was the first in which two officers died simultaneously since 1990, according to Dave Bayless, spokesman for the Chicago Police Memorial Foundation.