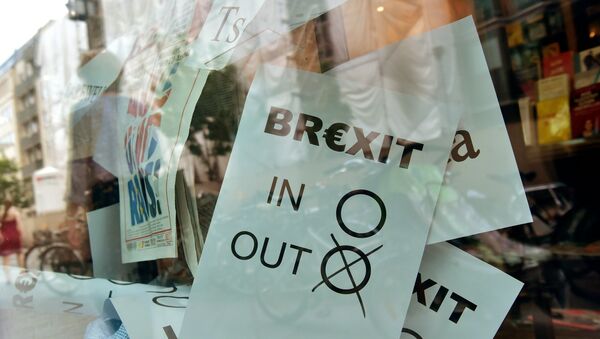 © AFP 2023 / John Macdougall
Subscribe
International
India
Africa
UK Cabinet agreed on Tuesday to intensify efforts to get ready for a Brexit no-deal scenario, following the delay of the Parliament's meaningful vote until mid-January, announced by Prime Minister Theresa May Monday.

Brexit Secretary Steve Barclay stated Tuesday that British businesses must prioritize preparations for UK's withdrawal from the EU without a deal.

"The government's priority remains to secure a deal, but we need to recognize with 14 weeks to go, that a responsible government is preparing for the eventuality that we leave without a deal," he noted.

Barclay's statement comes after Labour Party leader Jeremy Corbyn tabled his proposal to launch a no-confidence vote in UK Prime Minister Theresa May, who stated earlier on Monday that the parliament would not vote on Brexit earlier than the third week of January — more than a month after it was initially arranged.

On the same day, a spokesman for Prime Minister Theresa May said that the UK government has stepped up preparations for leaving the European Union without a deal.