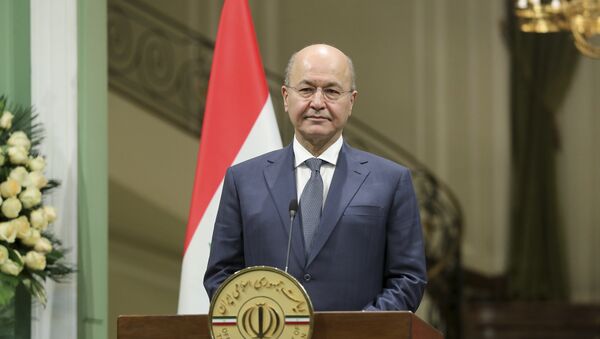 DAMASCUS (Sputnik) - Iraqi President Barham Salih will pay an official visit to the Syrian capital in the next few days for the first time since the start of the Syrian civil war back in 2011, an Iraqi diplomatic source told Sputnik on Tuesday.

"The president of Iraq will pay an official visit to Damascus in the coming days," the source said.

Daesh Used Chemical Weapons in Syria and Iraq - Macron
Barham Salih, who served as prime minister of Iraqi Kurdistan in 2009-2012, was elected president by the country's parliament earlier in October.

The Syrian civil war has been raging since 2011, with government troops fighting against numerous armed opposition and terrorist organizations.

The Russian Aerospace Forces have been supporting the Syrian government forces in their fight against the terrorists since 2015 at the request of Syrian President Bashar Assad. In late 2017, a victory over the Daesh terrorist group was announced in Syria, but some areas of the country continue to be liberated from militants.