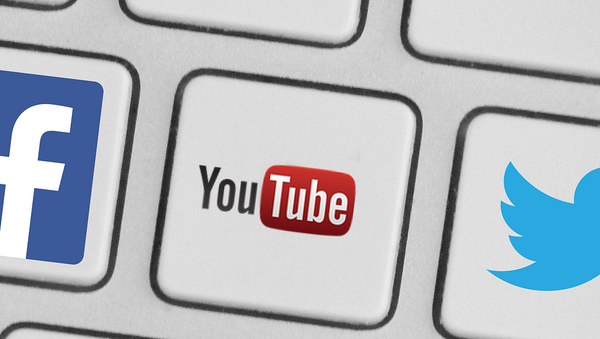 On Monday, the US Senate issued reports it claims provide damning evidence and details of how Russia influenced the 2016 US elections via social media. However, the reports leave many key questions begging to be answered and essential details behind its sweeping allegations to be explained.

The two reports prepared for the Senate Intelligence Committee — one by Oxford University's Computational Propaganda Project and network analysis firm Graphika and the other by researchers for New Knowledge, Columbia University and Canfield Research — allege to crunch the numbers on how Russian actors, particularly the St. Petersburg-based Internet Research Agency (IRA), sowed disinformation and misinformation among US voters, distracting them with bickering and dividing them against one another instead of voting for Democratic candidate Hillary Clinton.

"What is clear is that all of the messaging clearly sought to benefit the Republican Party — and specifically Donald Trump," the report says. "Trump is mentioned most in campaigns targeting conservatives and right-wing voters, where the messaging encouraged these groups to support his campaign. The main groups that could challenge Trump were then provided messaging that sought to confuse, distract and ultimately discourage members from voting."

The reports claim that Russian trolls targeted conservative issues such as gun rights and immigration "while sapping the political clout of left-leaning African American voters by undermining their faith in elections and spreading misleading information about how to vote." Other groups who allegedly "got at least some attention from Russians operating thousands of social media accounts" included "Latinos, Muslims, Christians, gay men and women, liberals, Southerners, veterans."

The reports allege that this campaign was waged across a variety of social media platforms, including 81 Facebook pages and 133 Instagram accounts — that's right, not millions, not thousands, but a couple dozen accounts supposedly swung the election in favor of now-US President Donald Trump, the man whose government is so pro-Russia that his Treasury has extensively sanctioned Russia and Russians much more than previous administrations and whose Defense Department considers Russia to be a primary rival with whom it must prepare for "great power competition."

Interestingly, the reports also laments the "belated and uncoordinated response" by US tech companies, faulting them for failing to notice easy-to-detect indicators, such as purchases made in rubles and "signatures in computerized logs, such as Internet addresses in St. Petersburg, where the IRA was based," the Post explains. Clearly these could only indicate nefarious and anti-democratic purposes.

"Regrettably, it appears that the platforms may have misrepresented or evaded in some of their statements to Congress; one platform claimed that no specific groups were targeted (this is only true if speaking strictly of ads), while another dissembled about whether or not the Internet Research Agency created content to discourage voting (it did)," the New Knowledge report said. "It is unclear whether these answers were the result of faulty or lacking analysis, or a more deliberate evasion."

Sputnik has previously reported on the data provided by social media companies about the supposed impact of the ads in question, writing in October that Facebook has said that IRA content accounts for "only 0.0004 per cent of the total content" seen by the 29 million people Facebook judged to have gotten at least one IRA story in their feeds from 2015 through 2017, which investigative reporter Gareth Porter called "an astounding number." In other words, 11,600 people may have seen one IRA story once.

Further, Porter, who crunched the numbers on data provided by Facebook and Twitter, wrote in October that: "Twitter's own figures show that those 3,814 IRA-linked accounts posted 175,993 Tweets during the ten weeks of the election campaign, but that only 8.4 per cent of the total number of IRA-generated Tweets were election-related."

"Twitter estimated that those 15,000 IRA-related tweets represented less than.00008 (eight one hundred thousandths) of the estimated total of 189 million tweets that Twitter identified as election-related during the 10-week election campaign," Porter's article on Consortium News explains. "Twitter has offered no estimate of how many Tweets, on average, were in the daily Twitter stream of those people notified by Twitter and what percentage of them were election-related Tweets from the IRA. Any such notification would certainly show, however, that the percentage was extremely small and that very few would have been read."

Daniel Lazare, a journalist and author of three books — "The Frozen Republic," "The Velvet Coup" and "America's Undeclared War" — told Radio Sputnik's Loud and Clear Monday that the two reports left many more questions than answers, and the answers it did provide didn't add up.

​"There are tons of questions and none of these reports, nothing that I've seen out of Washington addresses them in any way. One is: what is [IRA owner Yevgeniy] Prigozhin's relationship to [Russian President Vladimir] Putin? Why are the sums that were spent so small? Why did they try to play both sides of the fence, appealing to both liberals and conservatives? What was the actual impact of these ads? As far as I can tell, it was negligible."

"This whole things strikes me as completely unimpressive," Lazare said, noting that "there are so many holes here; it seems to be a big ‘nothingburger.'"

Noting that Google CEO Sundar Pichai's congressional testimony last week revealed that the "full extent" of so-called Russian meddling activity on Google amounted to only $4,700 worth of ads, Lazare said the effort to blame the outcome of the 2016 election on Russian actors was akin to "going through the Beatles' songs trying to find the clues" as to whether or not singer Paul McCartney was really dead.

According to data compiled by he Center for Responsive Politics, Google employees and executives contributed $1.6 million to 2016 Democratic presidential candidate Hillary Clinton, and Trump's campaign spent $90 million on social media ads during the election.

Indeed, the reason Trump won the election wasn't because he won the most votes: in fact, he lost the popular election by 3 million votes, only becoming president because of the Electoral College, which is a winner-take-all system of points allocated to candidates who win majorities in different states. Each state is worth the number of electoral votes equal to its number of delegates in Congress.

Lazare noted that after special counsel Robert Mueller indicted a dozen IRA employees in February, the media began repeating the accusations of Russian interference as fact, instead of the allegations that they were. Lazare said that Mueller never expected the IRA to fight those charges, so when the agency's lawyer showed up in the US District Court for the District of Columbia a few weeks later, Mueller had no choice but to stall for time.