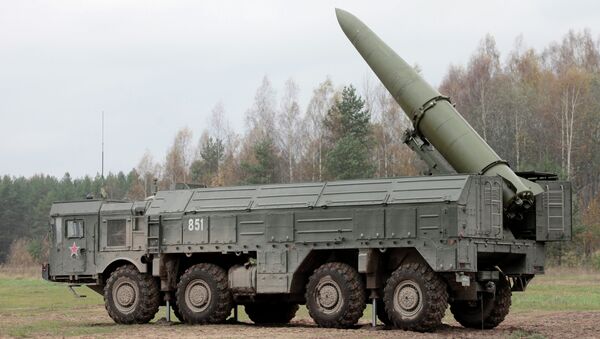 This comes after Russian Defence Minister Sergei Shoigu announced in September that Russia would take a spate of measures to enhance safety of its troops in Syria, including the deliveries of the S-300 systems to the Arab country.

He said that "in general, the Russian weapons proved to be effective in the course of the Syrian campaign, confirming its advanced characteristics and traditional advantages, such as ease of use and reliability."

READ MORE: US May Scramble F-22 Fighters in Response to S-300 Missiles in Syria – Reports

Additionally, Borisov touted the Russian air defence system deployed in Syria which he said forced the US-led coalition forces to reduce intensity of air strikes in the country's northeast.

"The air defence group, which was established by the [Russian] Almaz-Antey concern in Syria, took control of the air situation over almost the entire territory of the country. After only one battalion of the S-300B4 missile systems entered combat duty, there was a significant decrease in the intensity of coalition air force flights in north-eastern Syria", he pointed out.

Also, Borisov singled out the deployment of Russia's Pantsir-S missile and anti-aircraft artillery battalions  in Syria which he said destroyed a large number of unmanned aerial vehicles and missiles, effectively protecting troops and military equipment from the drones' strikes.

Top-3 Things to Know About Pantsir System That Helped Syria Repel Missile Attack
In September, Russian Defence Minister Sergei Shoigu announced that Russia would take a spate of measures to enhance safety of its troops in Syria, including the deliveries of the S-300 systems to the Arab country.

The statement followed the crash of Russia's Il-20 military plane off the coast of Syria, which Russia believes Israel was responsible for.
Earlier, Russia's S-400 missile defence system was deployed at the Hmeymim airbase in Syria following the Turkish Air Force's November 2015 downing of a Russian Su-24 bomber on the Syrian-Turkish border.