Lawyer on Mexico Coca-Cola Case: Fairness and Justice Has to Be Most Important 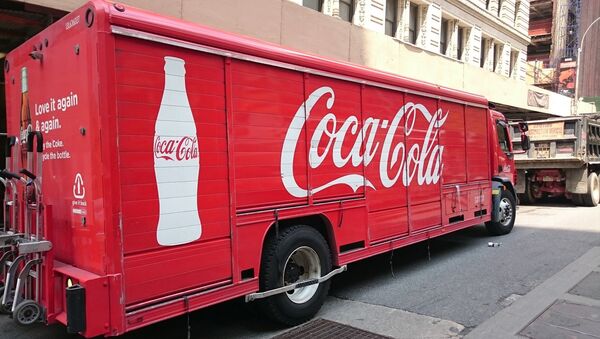 Sputnik: What progress has been made on the case so far?

Victor Vega Ruiz: A successful criminal complaint was filed, which led to the Prosecutor´s Office initiating a formal criminal inquiry against The Coca-Cola Company. An official dictamination has established damages in the amount of 345 M USD. Subpoenas to top executives of The Coca-Cola Company have been served, for them to answer questions to Mexico City's Prosecutor in order to investigate their participation and to discover if they have responsibilities in committing a criminal offense against Mr Del Valle and/or Yaso.

Sputnik: What goals does Mr de Valle want to achieve by filing this case?

Victor Vega Ruiz: The most important goal has to be fairness and justice. As a consequence, Mr Del Valle and YASO have to be properly compensated for the damages suffered.

Sputnik: Mexico is one of Coca-Cola's biggest markets, what consequences could this case have on the corporation within the country?

Victor Vega Ruiz: The most important impact is a strong and positive message to entrepreneurs as a consequence of the case. A certainty that entrepreneurs are entitled to justice, to pursue their goals, and to continue to believe that commercial relationships with big enterprises are still possible, based upon fairness and integrity towards the basis of legal agreements, which should always be honoured and respected as a general rule to allow prosperity and prevent conflict.

Sputnik: Coca-Cola is a huge corporation and not many entrepreneurs go against it. Why did your client decide to do this?

Victor Vega Ruiz: My client believes in fairness and he has already said, his challenge goes beyond himself. He'a raising a voice for entrepreneurs and entrepreneurship around the world. As an entrepreneur at heart he believes in GO GABA, he believes in his effort and his work. The best proof is Coca-Cola entering an agreement with him upon his great development. He worked very hard the last 10 years which involved extensive personal sacrifices, effort and commitment, supported by the hard work and enthusiasm of so many people that believed in this great project.

Sputnik: Could you briefly highlight some similar cases that already exist?

Victor Vega Ruiz: To my knowledge, this is the first time an entrepreneur stands up against a gigantic corporation like Coca-Cola to fight for his rights, to set a precedent for entrepreneurship and to achieve what is only fair.

Sputnik: Now that your client terminated the contract with Coca-Cola, how does he plan to distribute his product?

Victor Vega Ruiz: There are currently no plans, as the whole business opportunity was compromised by Coca Cola's proceedings.