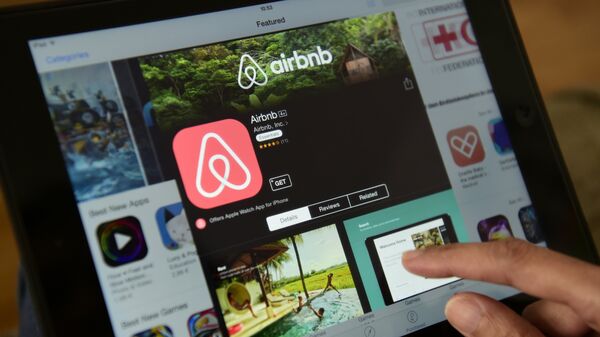 Airbnb, the internet accommodation-finding service for travelers, refuted earlier reports that the company had lifted its ban on listing properties in Israeli settlements in the West Bank, saying the reports were "inaccurate."

"The reports issued earlier today are inaccurate," the company said in a Monday statement.

Last month, Airbnb announced it would no longer list housing in Israeli settlements in the West Bank on its website, saying it believes "companies should not profit on lands where people have been displaced."

Before the reports that the ban had been lifted were officially debunked by the company, Yariv Levin, Israel's tourism minister, expressed his support for the alleged move, calling it "a step in the right direction," Haaretz reported Monday.

'I Stayed in Death Apartment': Airbnb Guest Tells of Shock at Costa Rica Murder
The debunked report and Levin's reaction come ahead of a meeting between the minister and Airbnb Vice President Chris Lehane, who went to Israel for negotiations.

"We are here to meet with a variety of stakeholders and as a result of our meetings have an even deeper understanding that this is an incredibly complex and emotional issue," the company said in a statement. "Airbnb communicated that we are developing the tools needed to implement our policy and that process includes continuing our dialogue with the Government of Israel and other stakeholders."

The initial report that the ban had been lifted was met with rejoicing by the Shurat Hadin law center, which had filed a lawsuit against Airbnb. The center issued a statement saying they'd made the website "eat their words," according to Times of Israel.

"This is a massive defeat for the BDS movement and other racists that seek to single out Jews for special treatment. We will continue to fight the enemies of Israel in court, wherever and whenever they arise," the law center said, referring to "Boycott, Divestment and Sanctions," a global campaign promoting various forms of boycott against Israel.

Israeli Minister Urges US Governors to Punish Airbnb for Settlement Delistings
In its own statement, Airbnb underscored that it expressed "unequivocal rejection of the BDS movement."

However, Haaretz reporter Noa Landau said she received a statement from the company's spokesperson, written in Hebrew, which appears "to confirm the Israeli ministry's claims of a decision to not implement the settlement ban."

"That would seem to indicate either a serious miscommunication, or an actual reversal by the firm," the Times of Israel report says.

The spokesperson who allegedly sent the statement in Hebrew has not yet responded to media requests for comment.