Turkey Not Ruling Out Possibility of Cooperation With Assad - Foreign Minister 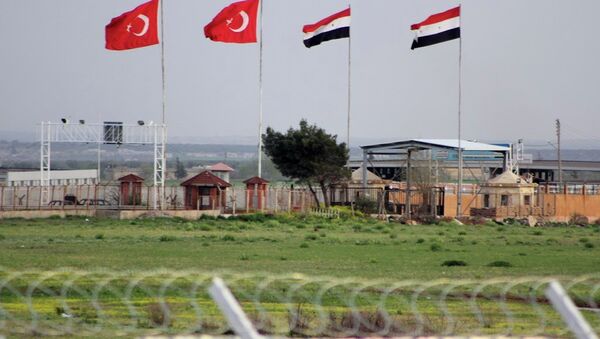 MOSCOW (Sputnik) - Turkey will consider the possibility of cooperation with Syrian President Bashar Assad in case of his re-election as the country's head as result of a transparent and fair election, Turkish Foreign Minister Mevlut Cavusoglu said Sunday.

During a plenary session interview at the Doha Forum in Qatar, the foreign minister Mevlut Cavusoglu was asked whether Turkey would cooperate with the government of Assad if the latter was re-elected.

"If it is democratic elections and if it is a credible one, then everybody should consider that… We should prepare the country for the elections, and it should be conducted under auspices of the United Nations, under the umbrella of the United Nations. It has to be an inclusive one, everyone, eligible ones, should be able to vote in Syria and outside of Syria, including the refugees in my country and neighboring countries," Cavusoglu said.

He stressed that the country's future constitution that would pave the way for the election should be drafted by the Syrian people.

Turkish FM Believes Trump Considering Leaving Syria
Syria has been in a state of civil war since 2011, with government forces fighting against numerous opposition groups and terrorist organizations. In late 2017, the victory over the Daesh* terrorist group was declared in Syria and Iraq.

Certain territories in the two countries are still being cleared from militants. The international efforts have recently been focused on political settlement in Syria, the country's reconstruction and the return of Syrian refugees to their homeland.