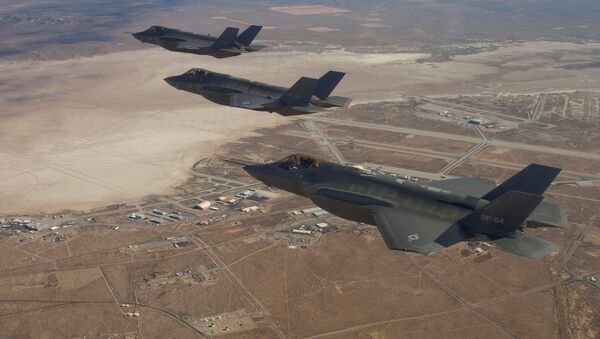 "We will buy 120 F-35 aircraft produced by the United States. Some of the components for the aircraft are produced in Turkey," Erdogan said, speaking at a rally in Istanbul, which was aired by the NTV broadcaster.

The president's statement comes after Erdogan's aide Ibrahim Kalin told reporters on Saturday on the sidelines of the Doha Forum that Ankara had doubts that the United States may cancel the deliveries of its F-35 fighters to Turkey if the latter buys the Russian air defense system S-400.

Researcher on Turkey Creating Black Sea Naval Base: Logical Policy Continuation
Earlier, US officials have warned that if Ankara goes ahead with its plans to purchase the S-400 systems, the United States could withhold the transfer of F-35 jets to Turkey. In addition, the US Congress has passed legislation that would block the transfer of the jets. On December 5, Turkish Foreign Minister Mevlut Cavusoglu noted that Ankara did not see any problems with the supply of F-35 fighter jets.

The first two F-35 fighter jets were transferred to Turkey at defence contractor Lockheed Martin’s facility in Fort Worth, Texas in June. According to Turkish Defence Minister Hulusi Akar, the United States will hand over two more F-35s in March 2019. The purchase is made under the US-sponsored multinational F-35 development program, which Ankara joined in 2002.