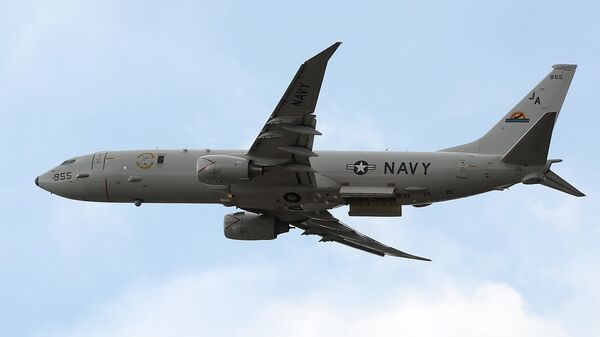 American spy planes often circulate along Syria's borders, especially close to Russia's Hmeymim air base and naval base in Tartus, which houses the Russian Navy and serves as a logistics centre.

A US P-8A Poseidon plane, developed to detect enemy ships and submarines, has been detected flying along the Syrian coast above waters that were closed for drills by the Russian Navy, according to an aviation enthusiast's data from radars.

The plane was circulating for about an hour 30 kilometres away from the Syrian coast, where Russia's Hmeymim airbase and naval base in Tartus are located.

A NOTAM (NOtice To AirMen) had been issued for ships and airplanes on Saturday that the part of Mediterranean Sea near the Syrian coast was closed due to the Russian Navy conducting drills there.

The last time a US spy plane was spotted conducting a surveillance flight near the coast of Syria was on 8 December. It flew for more than three hours over the international waters of the eastern Mediterranean, along the Syrian coast.