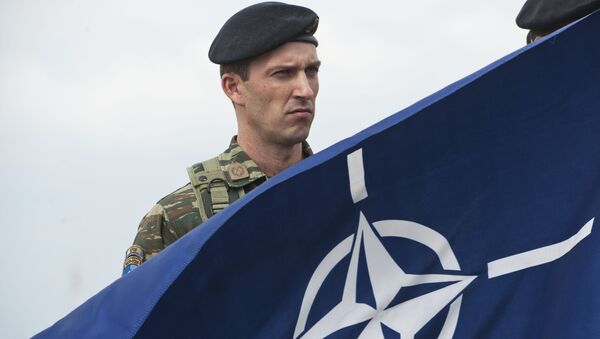 NATO forces have been present in Kosovo since 1999 as a part of an operation to put an end to the conflict between Kosovo Albanians and the Federal Yugoslav Army and police. Following the end of the NATO campaign, some of the alliance’s forces remained in Kosovo after it emerged as a partially recognised state.

The NATO-led Kosovo Force (KFOR) has launched military drills on the main roads of Kosovo and Metohija amid the announcement that the Kosovo Security Force will be transformed into a full-fledged national army. The drills are being conducted to improve the battle readiness of KFOR and its ability "prevent any threat to safety and security", the NATO command in Kosovo stated.

In the video, published on KFOR's Facebook page, NATO armoured transport vehicles and trucks can be seen travelling along major roads in Kosovo.

NATO invaded Kosovo in March 1999, launching a bombing campaign mostly against Yugoslav military targets and infrastructure, it claims, in a bid to stop the armed conflict between ethnic Albanians and the Yugoslav Army. According to Serbian data, the bombing claimed the lives of 2,500 people, including 89 children, and injured 12,500 more.

Even after the airstrikes ended in June 1999, some of NATO troops remained in the form of KFOR under a UN mandate following Security Council Resolution 1244 to preserve the peace. They have been gradually reducing their numbers, delegating responsibility to the Kosovo Security Force. There are currently around 4,000 NATO troops in KFOR.

Kosovo's parliament has adopted set of laws that enable the transformation of the Kosovo Security Force (KSF) into a national army for the self-proclaimed republic. Russia has condemned the move as a "gross violation of UN Security Council Resolution 1244" that could seriously aggravate the situation in the Balkans.